Please also check out this resource handout for careers in higher education! 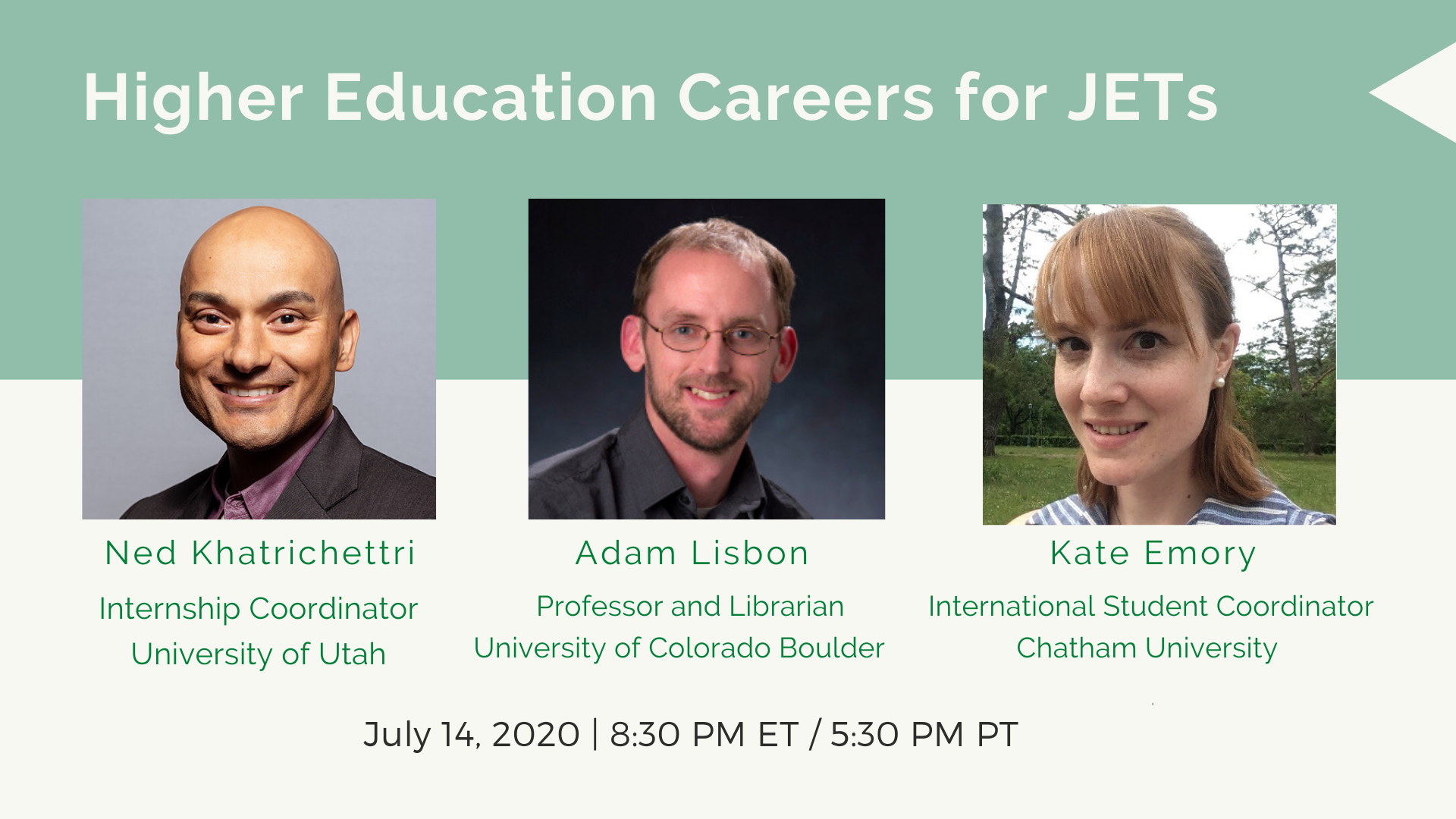 Ned Khatrichettri (Hyogo 2005-2010) M.A. is an internship coordinator in the College of Humanities at the University of Utah. Prior to this role, Ned worked as an academic advisor and study abroad advisor at higher educational institutions in Minnesota and North Carolina.

Kate Emory (Hyogo 2006-2009) is the International Student Services coordinator at Chatham University in Pittsburgh PA. In this role she advises students and the institution on immigration matters, manages exchange and partner programs, including several in Japan, and develops programs for the local and campus communities on cross cultural communication. Kate was a Junior High School ALT in Minamiawaji-shi.

Adam (Hyogo 2004-2007) is newly tenured professor and librarian at the University of Colorado Boulder, having worked there since 2013. He manages the Japanese and Korean library collections. He also researches automating library workflows and processes, with a focus on non-English, non-Roman script materials. Unusually, his position did not require any PhD. Before this, Adam worked at a public library and earned his Master’s degree in Information Science in Albany, NY, and taught English in San Francisco for two years