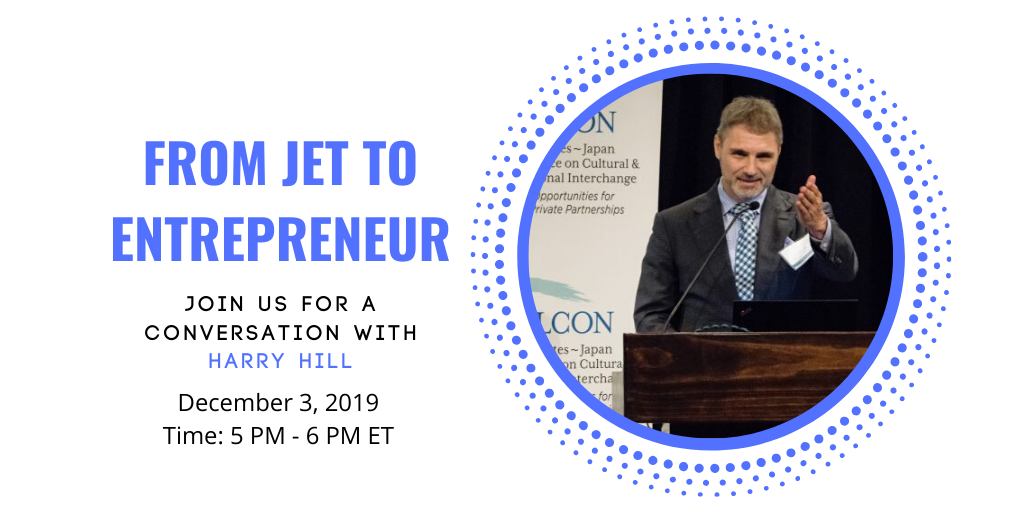 Join us for a conversation with Harry Hill. The webinar shares Harry’s path from Coordinator of International Relations (CIR) to entrepreneur, his past and current business ventures, his continued commitment to U.S.-Japan relations, and advice for JET alumni interested in working in the Japanese business world after JET. Please check out the recording below:

Harry was a Mombusho English Fellow (precursor to JET) and CIR in Gifu-ken from 1985-1988. Based in Japan, Harry served as President and CEO of Oak Lawn Marketing, Inc from 2006 until 2017. During Harry’s tenure, the company grew from ¥15 billion to ¥68 billion in sales while creating numerous best-selling products that became household names. Harry is an engaged business and civic leader. Since 2013, he has been serving as Co-Chair of CULCON, a bi-national group advising the U.S. and Japanese governments on educational and cultural exchange between Japan and the United States. He also serves as Chair of the Japan-US Friendship Commission and is a board member of USJETAA. Read Harry’s full bio here: https://www.jusfc.gov/about/jusfc-members/harry-hill/