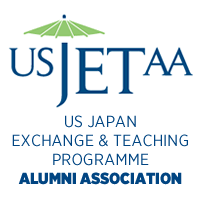 The Tayō-sei: Japanese Language and Cultural Exchange Program for Black and LatinX college students successfully concluded in December 2020. This is USJETAA’s only program for current college students—the program was administered by the JET Alumni Association of Southeast (JETAASE) and generously funded by the Japan Foundation, Los Angeles. 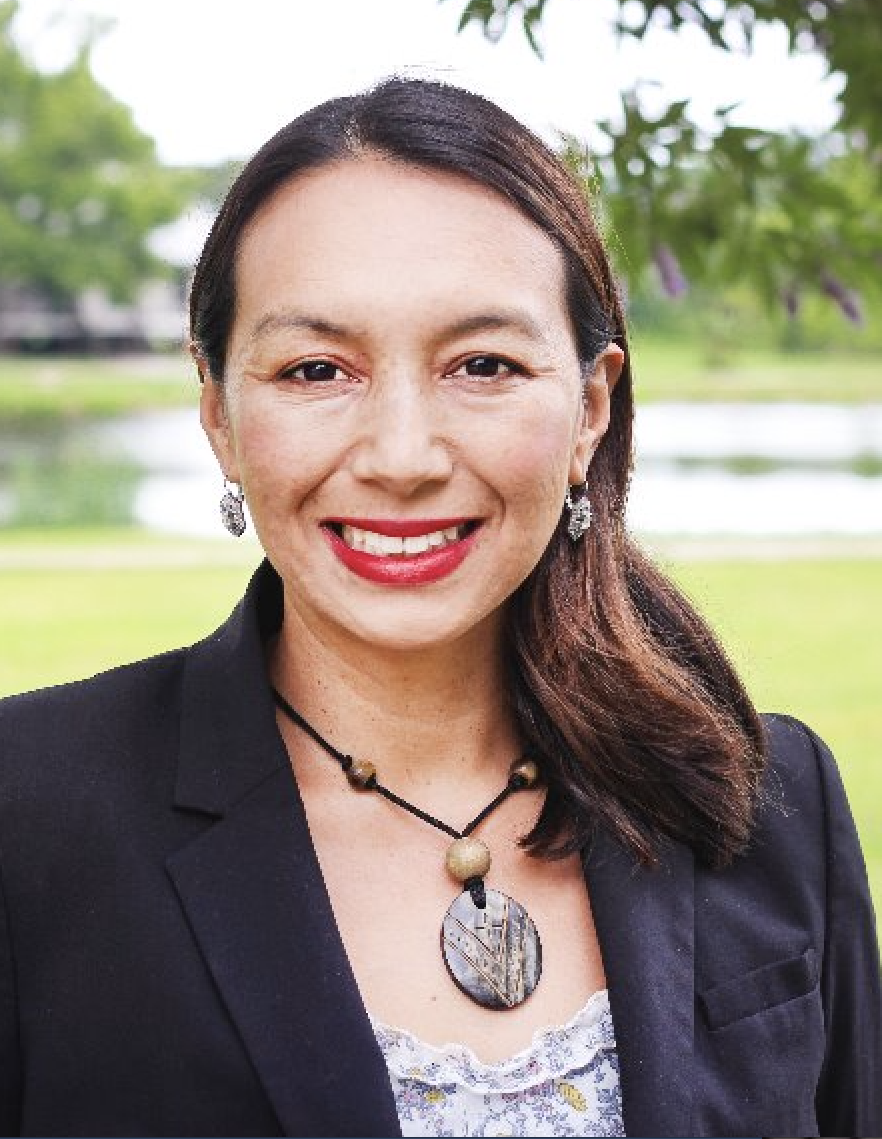 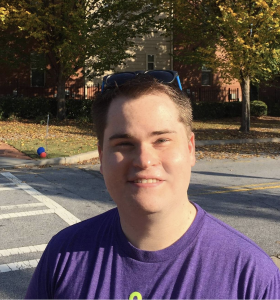 The Tayō-sei Program consisted of a virtual Japanese language and culture seminar series for Black and LatinX college students at schools across the four states served by JETAASE: Alabama, Georgia, North Carolina and South Carolina. The free course provided an opportunity for students underrepresented in studying or working abroad in Japan, specifically for students of color and those from LatinX backgrounds, to develop an interest in studying and living abroad in Japan. The program had overwhelming interest with 151 people applying for the limited course slots. The online course took place at the end of 2020 with eighteen students participating in the inaugural class and 15 students completing the course.

The course had four virtual sessions—each session featured a different guest speaker and a Japanese language or cultural lesson. The final session had students reflect on what they’d learned throughout the course and provided students with resources on pursuing Japanese language, study abroad, or work after college. This purpose of the course is to help students consider Japan as an option in the trajectory of their careers and lives.

Out of the eighteen students who participated in the online course, 15 earned a certificate of completion and a set of bento making items from K&L Bentos. 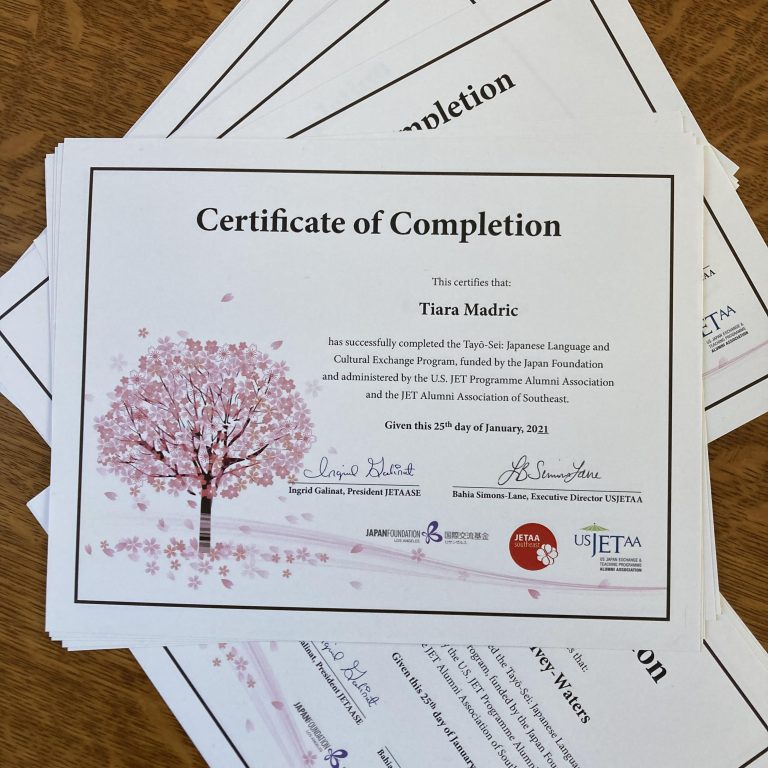 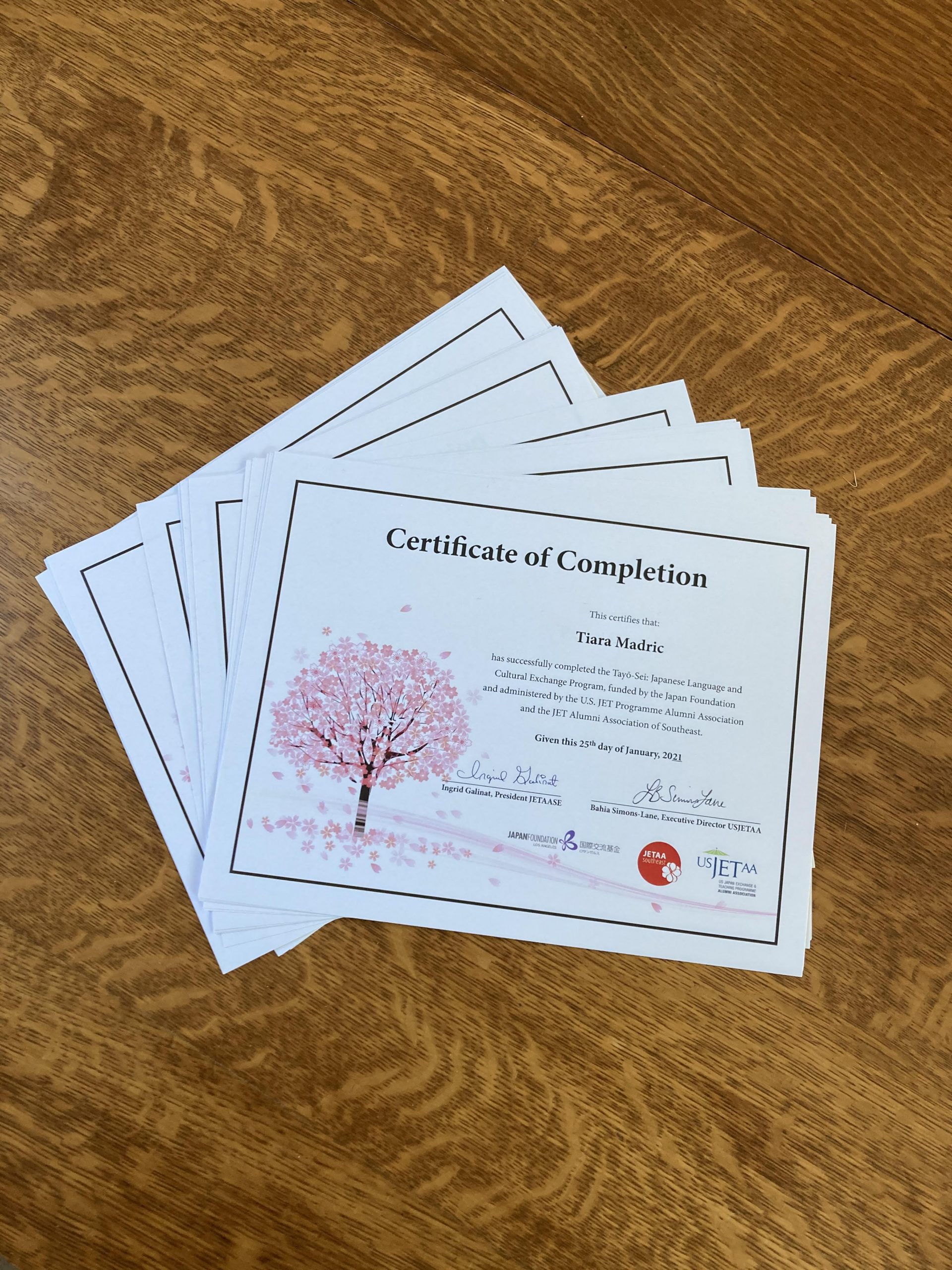 In the survey we conducted after the program ended, participants shared how they benefited from the course and gave positive feedback to everyone involved. Below are some quotes from the end of event survey, which was anonymous.

One student said they liked “learning the language and culture with people who looked like me and were people of color. Also, the guest speakers sharing their careers made possible because of [the JET] program was very encouraging.”

“It was great! I learned some things I didn’t really know about. I’m very thankful to have had the chance to be in the program and hope to one day be able to study or work abroad.”

“I liked the admins/moderators, guest speakers, and teacher the most. They were all really nice and informative and I really loved listening about their experiences in Japan as people of color.”

“I love the fact I was able to hear stories of people who went abroad and to ask question, I also love how diverse the group of people [who] were mentoring, but also attending the meeting.”

“So wonderful! I am glad other students of color will be able to utilize this program and allow it to shape their career and interests as it did my own.”

The first half of each class featured a Japanese lesson from JET alumna Jess Brown of Nihongo Connection (Oita, 2000-2003). The second half of the class gave students the opportunity to hear from a guest speaker who shared their personal Japan story. The guest speakers were all alumni of the JET program, Valerie Stewart (Nagasaki, 2002-2004), Fernando Rojas (Fukui, 2008-2010), Jennifer Garcia (Hyogo, 2011-2013),  and Ben Green (Saitama, 1997-1999)— pictured above from left to right.

Learn more about the organizers, speakers, and students below. 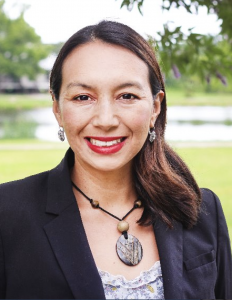 Ingrid Galinat ( formerly Ingrid Garcia)  is a 3rd generation Mexican-American originally from Southern California. Ingrid was on the JET Program from 2000-2001 in Toyama Prefecture. In her time in Japan she developed a passion for working with international students. The last 20 years she has worked in international education with American students that want to study abroad and international students. Ingrid was a first generation college student that had no formal Japanese language training but wanted to live in Japan. Ingrid hopes to open the opportunity for other minority students to learn about Japan through the Tayo-Sei (Diversity) Grant.

Ingrid is the President of the Japan Exchange and Teaching Program Alumni Association of the Southeast, which encompasses Alabama, Georgia, North Carolina and South Carolina. Formerly she was the Assistant Director of International Programs in Alabama. She obtained an MS in International Relations from Troy University.  Ingrid lives in Tuscaloosa, Alabama with her husband and three children.

Tim Edenfield is the current Vice President of the JET Alumni Association of the Southeast. Tim attended Georgia State University, majoring in Political Science and International Affairs, with a minor in Japanese. After graduation, he applied and was accepted to the JET Program. He spent three years, from 2011-2014, teaching English in a small beach town in Chiba prefecture, Japan. He taught primarily at junior high school as well as two elementary schools, a kindergarten, and adult classes at a community center. This was a very transformative experience and allowed him to develop teaching and intercultural skills, improve his Japanese language ability, and travel around Japan. Following JET, Tim completed his master’s degree at Georgia Tech in International Affairs. Since then, he has gained additional experience working in the field of international education at universities in the Atlanta area. He is passionate about helping others to achieve their personal and professional goals, especially internationally. 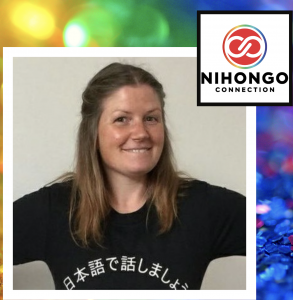 Jess Brown lives Edinburgh, Scotland. Jess was born in England but moved to Edinburgh in 2005. Jess was on the JET Programme in Oita prefecture in Kyushu from 2000-2003 and stayed a further 2 years training to be a professional Taiko drummer and teaching English at a kindergarten and now runs an online Japanese Language business! 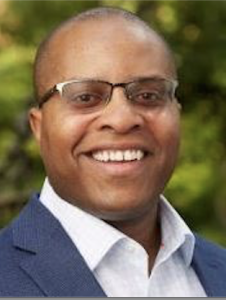 Ben Green, a native of Columbia, SC, serves as President & COO of Insurance Advantage, an employee benefits agency he co-founded 10 years ago. Through Insurance Advantage, Ben and his business partners provide domestic & international companies, non-profits, governmental agencies, and individuals across South Carolina, North Carolina, and Georgia with expert advice on insurance and employee benefits. Ben has previously served as COO of a human resources staffing firm, and as Vice President of Asia & Europe for a software company.

Ben has extensive experience in economic development for South Carolina, and worked as a Project Manager and Business Recruiter for The SC Department of Commerce. In this role, he was responsible for recruiting investments including Hitachi, Home Depot, American Yuncheng, and Monster.com. He served as an Advisor for the SC Department of Commerce office in Japan, and in this role he hired an executive director and hosted the SC delegation that included Senator Leatherman & Governor Haley. Since Ben reopened the Japan office in 2012, South Carolina has received over $2.2 billion in investment from Japanese companies, making Japan the #1 foreign direct investor in South Carolina. Ben has extensive international experience and has lived in Japan, Brazil, & Spain. Ben worked as an Assistant Language Teacher in Saitama, Japan from 1997 – 1999.

Ben has a B.A. in Finance from Morehouse College, and an International MBA from the University of South Carolina. He’s conversant in Japanese, Portuguese, & Spanish, and can read basic Italian and French. 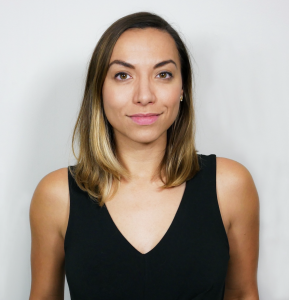 Jennifer Garcia is a Miami native of Cuban heritage. As a Media Professional with a background in Asian Studies she has worked in Japan, Madrid, New York, and Miami. She has worked in international education, commercial production, marketing, and advertising. Jennifer’s love of Asia goes back to her anime-watching days which led her down a path that included Japan as part of her higher education and career opportunities for 10 years with the help of several wonderful scholarships and programs. She still connects with people over a love of Asian culture and aspires to attend the rescheduled Tokyo Olympics in 2021. 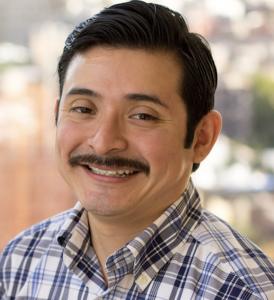 Fernando Rojas currently serves as Program Manager at the Japan International Christian University Foundation (JICUF). Fernando oversees and manages the administration of JICUF grants and scholarships, as well as collaborates with staff at the International Christian University in Tokyo, Japan on other initiatives. Born and raised in New York City (with a brief stint in NJ), Fernando received his BA in Architecture from Columbia University. Upon graduating, he spent two years (2008-2010) living in Fukui prefecture and working as an Assistant Language Teacher at a junior high school while on the Japan Exchange and Teaching program. He is an active member of the JET Alumni Association of New York where he has served as the New Jersey subchapter representative and most recently, the JETAANY treasurer. Fernando’s hobbies include learning different languages, perfecting his shodou (Japanese calligraphy) skill (6-dan level), adding recipes to his repertoire of dinner ideas, and enjoys volunteering with kids in the South Bronx. He currently lives in Brooklyn, NY with his wife and 18-month-old son. 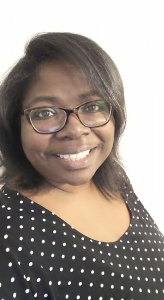 Valerie Stewart, a native of Atlanta, GA, graduated from the University of Georgia, where she majored in International Business.  Her love for Japan started in high school where she first studied Japanese as a participant in the school district’s foreign language magnet program. She was fortunate enough to spend a summer as an exchange student in Kawasaki, Japan in high school, as well as an academic year studying Japanese language and culture in Hikone, Shiga Japan during college.  Valerie later worked as an Assistant Language Teacher on the JET Program, where she was placed in Saga Prefecture from 1999-2002. She also taught English in Omura, Nagasaki Prefecture from 2002-2004.

Currently, Valerie works as a Vendor & Marketing Coordinator for John Paul, a global concierge/loyalty company.  She enjoys spending time with her nieces and nephews, travel, and researching her family history. 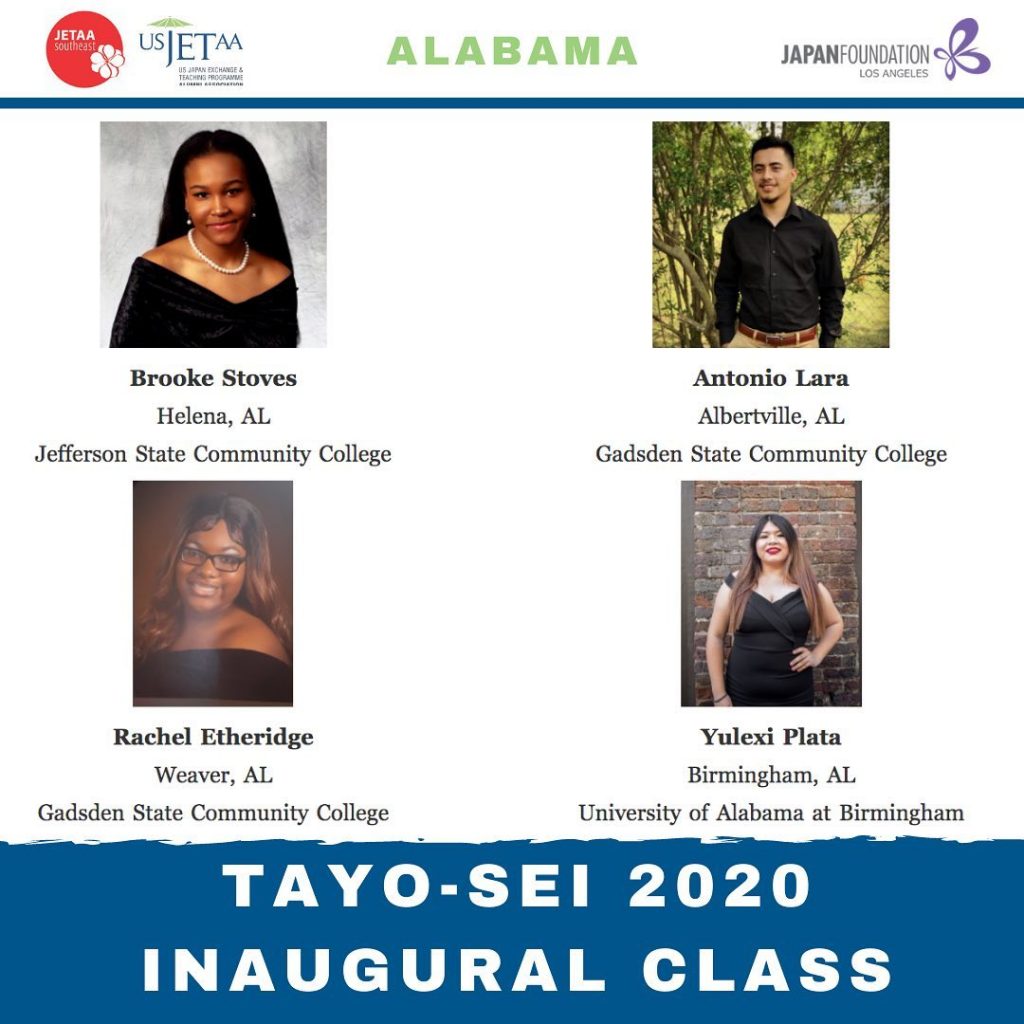 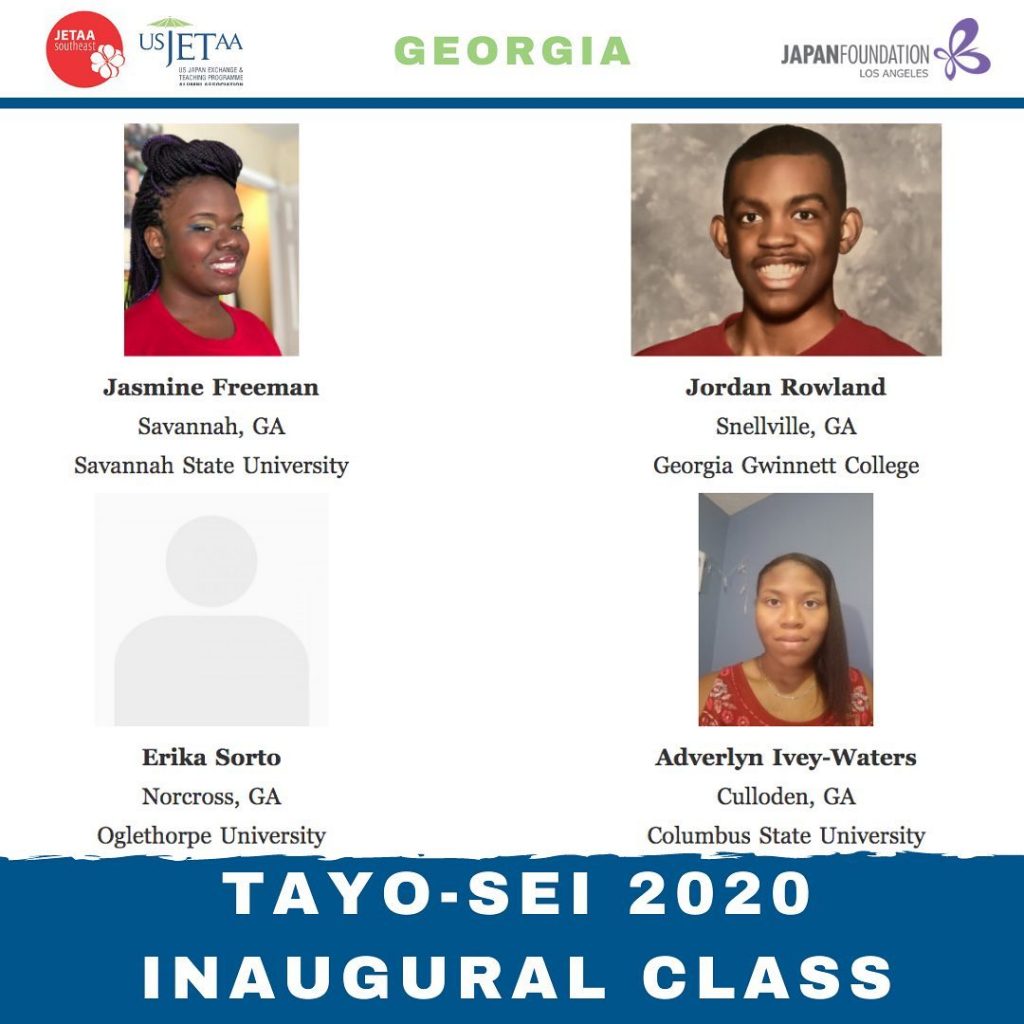 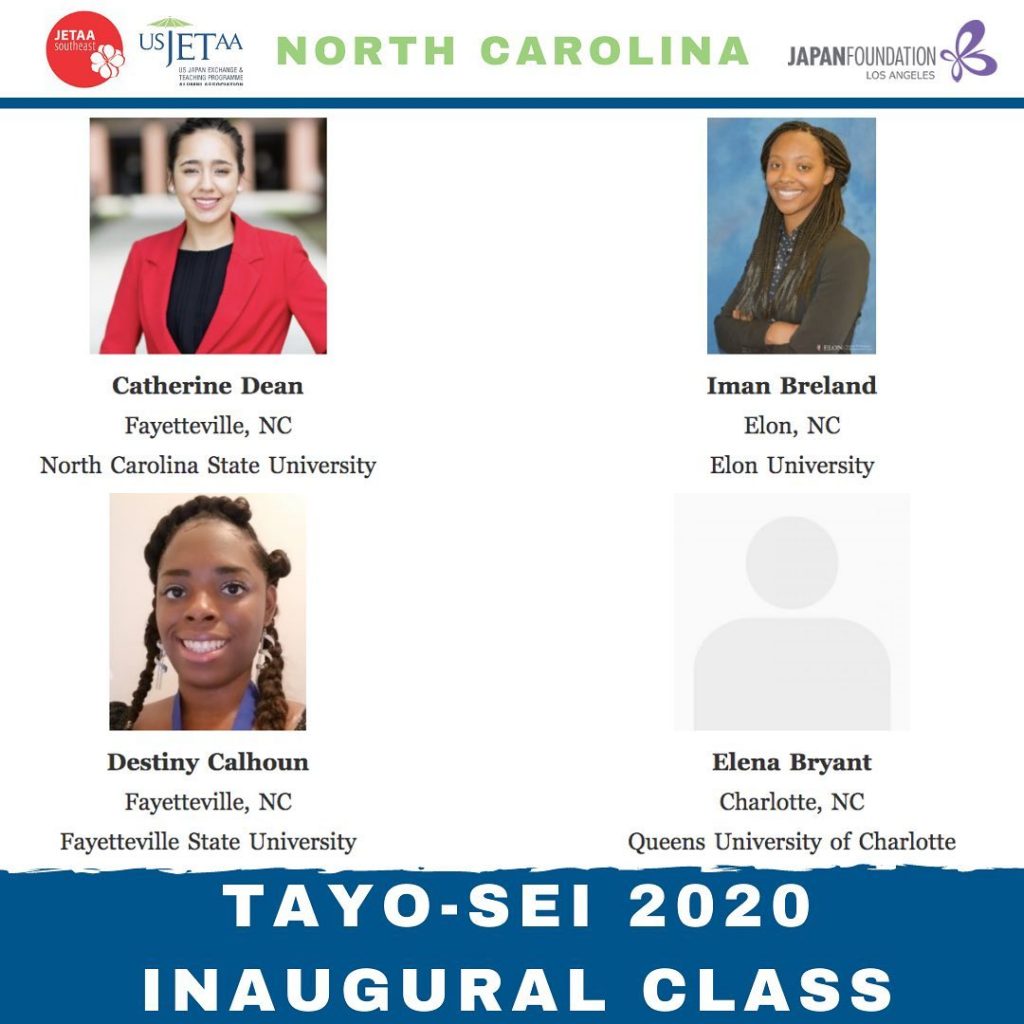 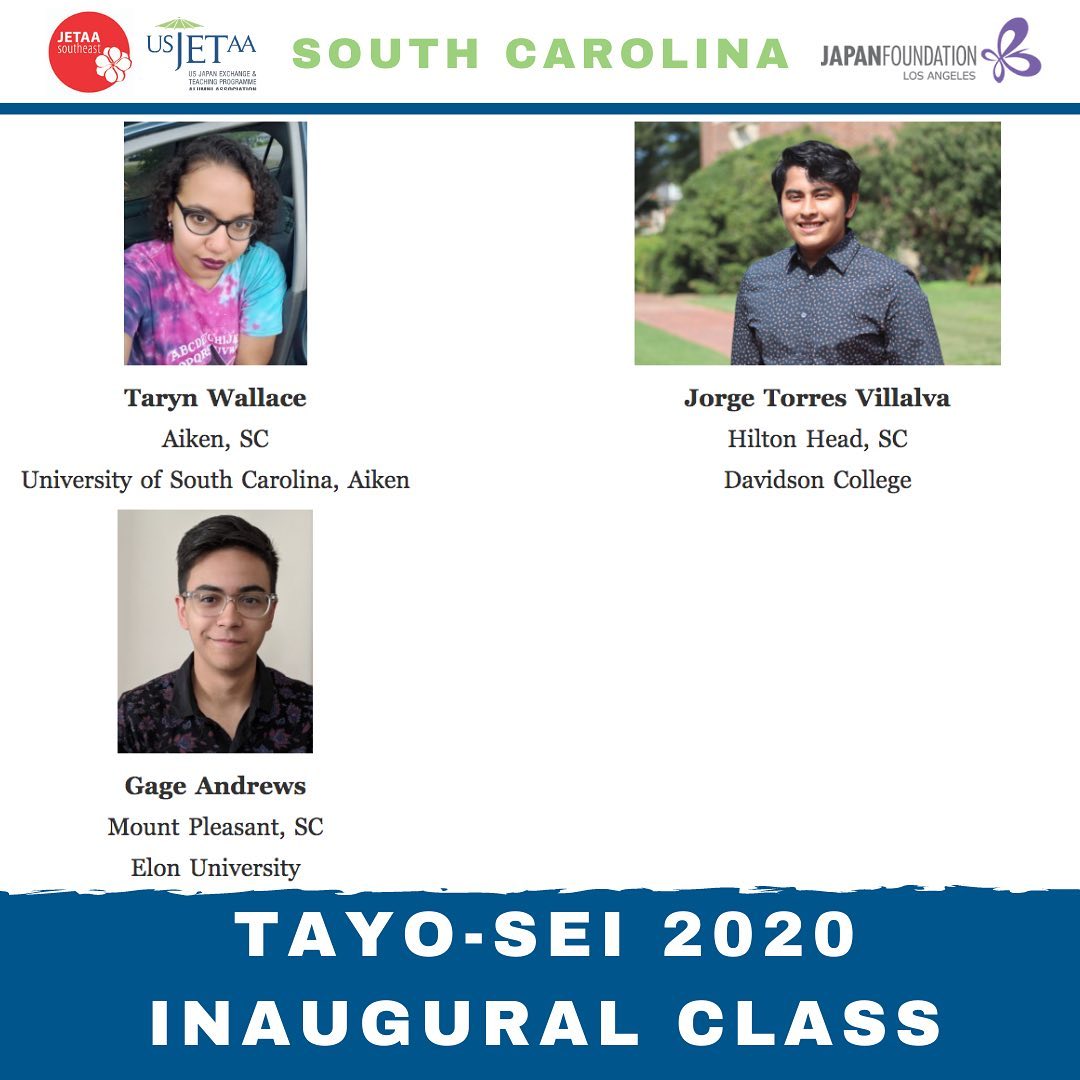