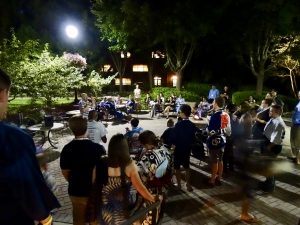 The US JETAA #JET30 Reunion weekend wrapped up with the first-ever JETAA Mothra Storytelling Hour (modeled on The Moth Storytelling Hour), MC’d by Steven Horowitz (Aichi-ken, 1992-1994). And it proved to be a big success. JET Alumni from various years and prefectures shared personal anecdotes and experiences of living in Japan as participants on the JET Program, all on the theme of “Fame & Fortune.” From getting lost to getting naked, from eating dangerous food to meeting dangerous people, and from trapping gaijin to falling into gaijin traps, they kept our audience laughing, cheering and feeling natsukashii with their shared histories and memories!

Download a recording of all the stories told during the evening event, which took place on the back patio of the Omni Shoreham Hotel in Washington, D.C. on August 5, 2017.

Want to host your own Mothra Storytelling Hour for JET alumni?

Final words from Steven:
I’d been wanting to do this for years. I was so excited that the US JETAA organizers set this up and asked me to MC. One of the great and unique bonds of our community is the stories of JET life we all share. And I’ve always loved listening to them and trying to gather them.

My hope is that someday when we’re so old that even our gateball days are behind us, we can all sit around and listen to recordings of JET stories. So hopefully this first Mothra leads to future Mothra events hosted by JETAA chapters around the US and internationally that are recorded and shared widely amongst our JET alum community. 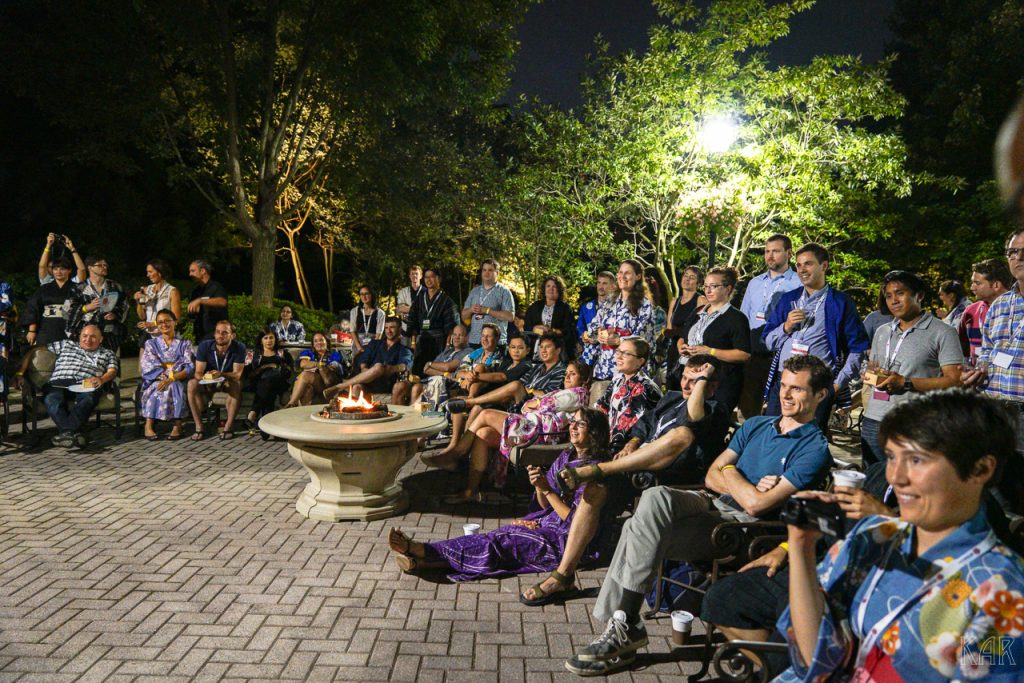 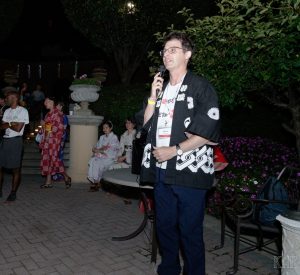