Please note: the following links are for informational purposes only and do not necessarily constitute an endorsement of their content or reflect the opinions of USJETAA.

You can find the form here:
https://www.jlgc.org/activities/jet-alumni-association-us-canada/

JETAA USA (JET Alumni Association of the United States of America) supports the JET Program, the US chapters and membership. They represent the USA with JETAA International through three Country Representative annually elected by the 19 JETAAs in the United States. They promote a broader and deeper understanding between Japan and the US through the local JETAA chapter activities, thus playing an important role in the promotion of US-Japan relations. JETAA US chapters promote Japan and Japanese culture in the form of community, cultural and social events on a grassroots level. 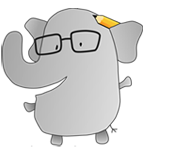 JETwit is the de facto online magazine for the JET alumni community worldwide, created by JET alum Steven Horowitz (Aichi-ken, Kariya-shi, 1992-94). It is a great resource for information about recent JETAA events, job opportunities, reviews of books and movies and more.

JETAA International (JETAAI) works to support and connect alumni around the world, and ensure the continuity and vitality of JET and JETAA.

JETAAI was relaunched in 2016 and they have made it their aim to support and promote the activities and growth of JET alumni associations (JETAA, organised as chapters) around the world, by facilitating the exchange of ideas and information and helping them build networks and connections to each other. They support the JET Programme and current JET participants, reaching out to groups like AJET and also act as the point of contact for other organisations and government bodies such as CLAIR.

Association for the Japan Exchange and Teaching Program

The Association for Japan Exchange and Teaching (AJET) is a volunteer organisation of JET Programme participants. AJET serves the JET community by building support networks, organising useful information, and offering resources to enhance the lives of the Programme participants in Japan and abroad. It maintains a counselling service and an online magazine, and voices the opinions and concerns of JETs to CLAIR and the Japanese government ministries that manage the JET Programme. AJET has existed since the inception of the JET Programme; at the national level, it is headed by the AJET National Council, a body of twenty elected and appointed current JETs from across Japan. For more information about AJET, please refer to the FAQs below.

Japan Local Government Center (CLAIR, New York) was created in 1988 as the first of seven overseas offices of the Council of Local Authorities for International Relations (CLAIR) in Tokyo.

CLAIR itself was founded earlier that same year as a quasi-government organization under the auspices of the Ministry of Home Affairs (now the Ministry of Internal Affairs and Communications) in order to coordinate the JET Program and support various other international initiatives undertaken by prefectures and local governments in Japan. It is funded by and works on behalf of these governments. For more information on CLAIR and its activities please click here.

The Taylor Anderson Memorial Fund helpa students, schools and families in the Ishinomaki area recover from the earthquake and tsunami as Taylor’s family expects Taylor would have wanted, and to pursue Taylor’s dream of being a bridge between the U.S. and Japan.

Taylor Anderson was an assistant language teacher in the JET Programme in Ishinomaki from August, 2008 until perishing in the March 11, 2011 Great East Japan Earthquake.  Taylor loved her life in Ishinomaki and planned to return to the U.S. in August, 2011 and hoped to continue her relationship with Japan. Her fund was established to help students, schools and families in the Ishinomaki and Tohoku recover from the earthquake and tsunami as Taylor’s family expects Taylor would have wanted and to pursue Taylor’s dream of being a bridge between the U.S. and Japan.