Each year delegates from the 19 JET alumni associations in the United States, along with a lone country representative from Canada, come together at the JETAA National Conference to discuss chapter business, share strategies, and learn about opportunities to support their chapters. This year, the JET Alumni Association of Chicago held the 2019 National Conference in the windy city. There were about 70 delegates, guest speakers, and volunteers. The conference theme this year was the growth of JETAA. Thanks to the presenters and participants, delegates exchanged ideas on various topics, including U.S.-Japan relations, grassroots exchange, USJETAA programs and grant opportunities, strengthening leadership, and communication and finances within the chapters. The Japan Local Government Center / CLAIR, New York, the Ministry of Foreign Affairs (MOFA), the U.S. JET Programme Alumni Association (USJETAA), JETAA USA, and the Consulate General of Japan in Chicago supported the conference. 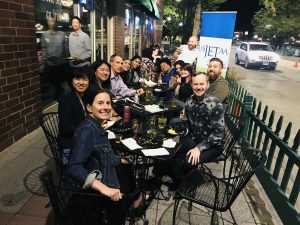 The night before the conference, USJETAA welcomed the delegates at an informal reception where everyone was able to relax, mingle, and shake off their “JETlag” to get ready for a great conference. 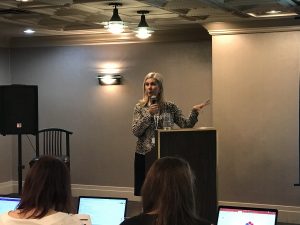 We were honored to have Margot Carrington, former Minister-Counselor of Public Affairs at the U.S. Embassy in Tokyo, give the keynote speech. She spoke about the role of JETs on U.S.-Japan relations in the context of the current political climate and the importance of playing the long game. The long game is Active participation in achieving goals that may take some time. She encouraged the JETAA chapter leaders to keep the long game in mind. She also talked about her experiences in public diplomacy in Japan, Emily Metzgar’s findings of the JET Program as an extremely effective public diplomacy program, and the role of JET alumni as leaders in U.S.-Japan relations. The majority of emerging leader and experts under age of 45 who are working in US-Japan relations are former JET Program participants. She also gave the delegates an overview of how Japan matters to the United States, and vice versa. The Sasakawa Peace Foundation USA generously funded Margot’s travel so that she could give this wonderful speech. 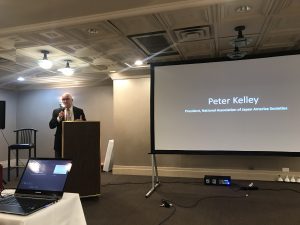 Peter Kelley, President of the National Association of Japan America Societies (NAJAS), also attended and spoke to the JETAA leadership about the network of Japan America Societies in the United States and their activities. In the early 1900s the societies were founded for cultural exchange, in the 1920s for competitive reasons (if Chicago has one, then St. Louis should have one), in the 1960s they were founded due to the political emphasis on Japan, while in the 1980s they were founded complement to the direct investment by Japanese companies in the United States. Peter also described NAJAS programs, including their art program that facilitates curators of Japanese art exhibits to speak in parts of the country where those exhibits are not available and their business speaker series on important emerging or continuing business connections between Japan and the United States. The morning concluded with Bahia Simons-Lane, Executive Director of USJETAA, speaking on how JETAA chapters can leverage USJETAA programs and resources at the local level. She explained how USJETAA supports both the JETAA chapters and individual JET alumni through their different programs. She also reminded chapters about the Sasakawa USA/USJETAA Chapter Grant program deadline and led the chapter leaders through a brainstorming session on ideas for that or other grant opportunities.

The afternoon of the first day focused on chapter growth and sustainability, including setting long-term goals, growing the leadership of JETAA chapters, reaching alumni who live outside of city centers, and visibility and branding of JETAA chapters. 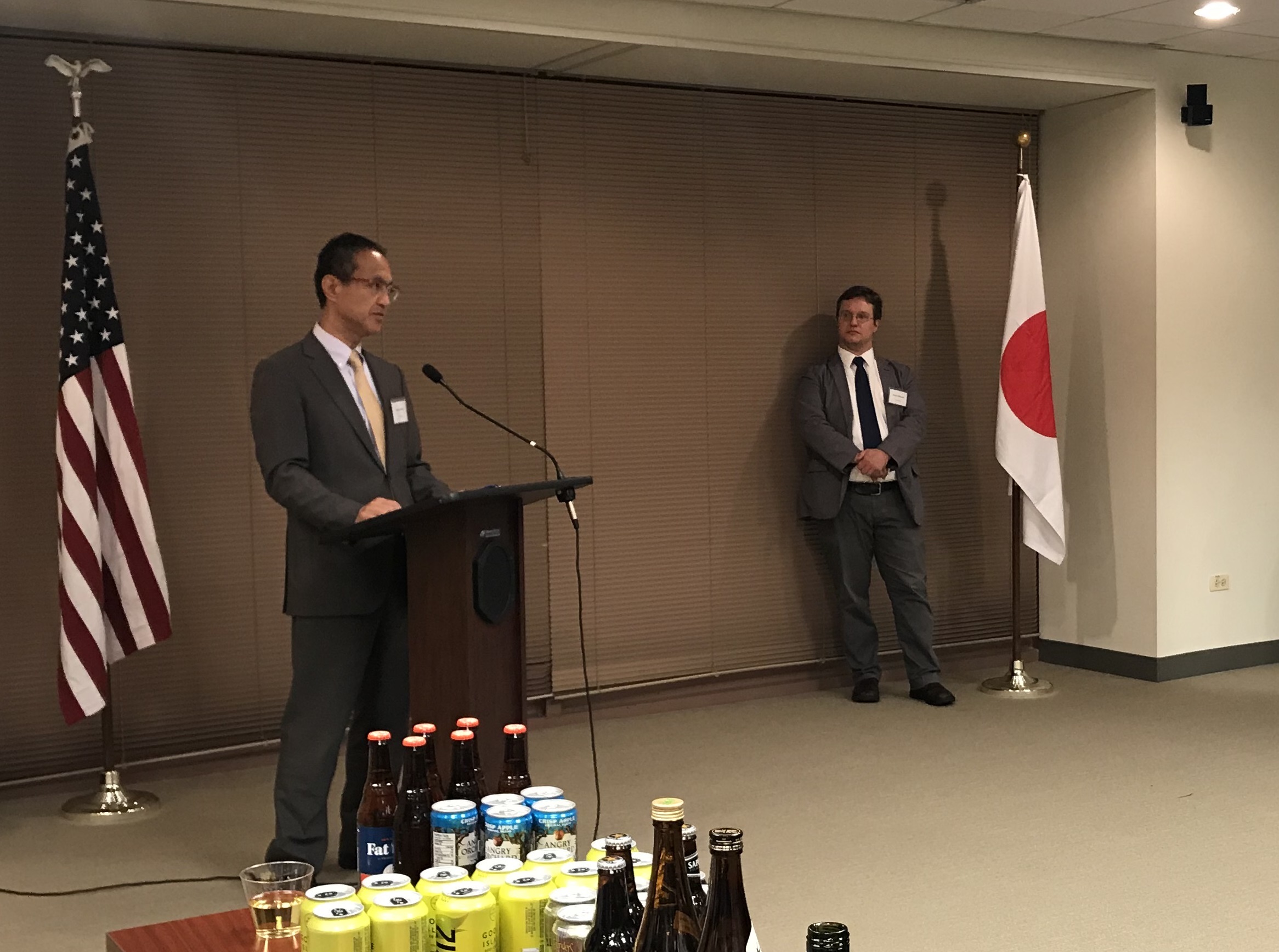 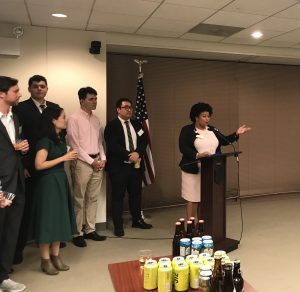 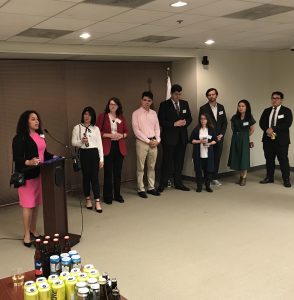 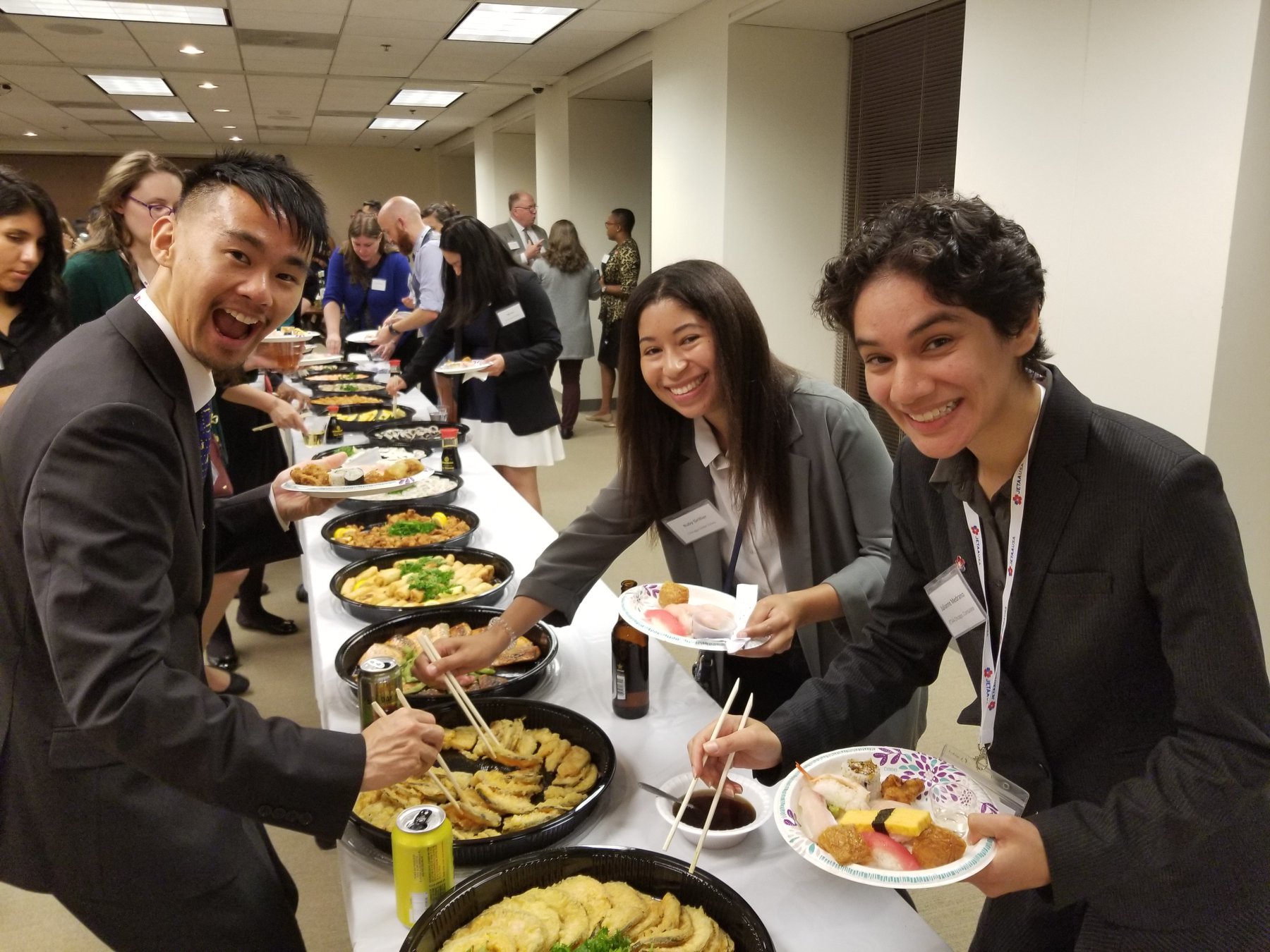 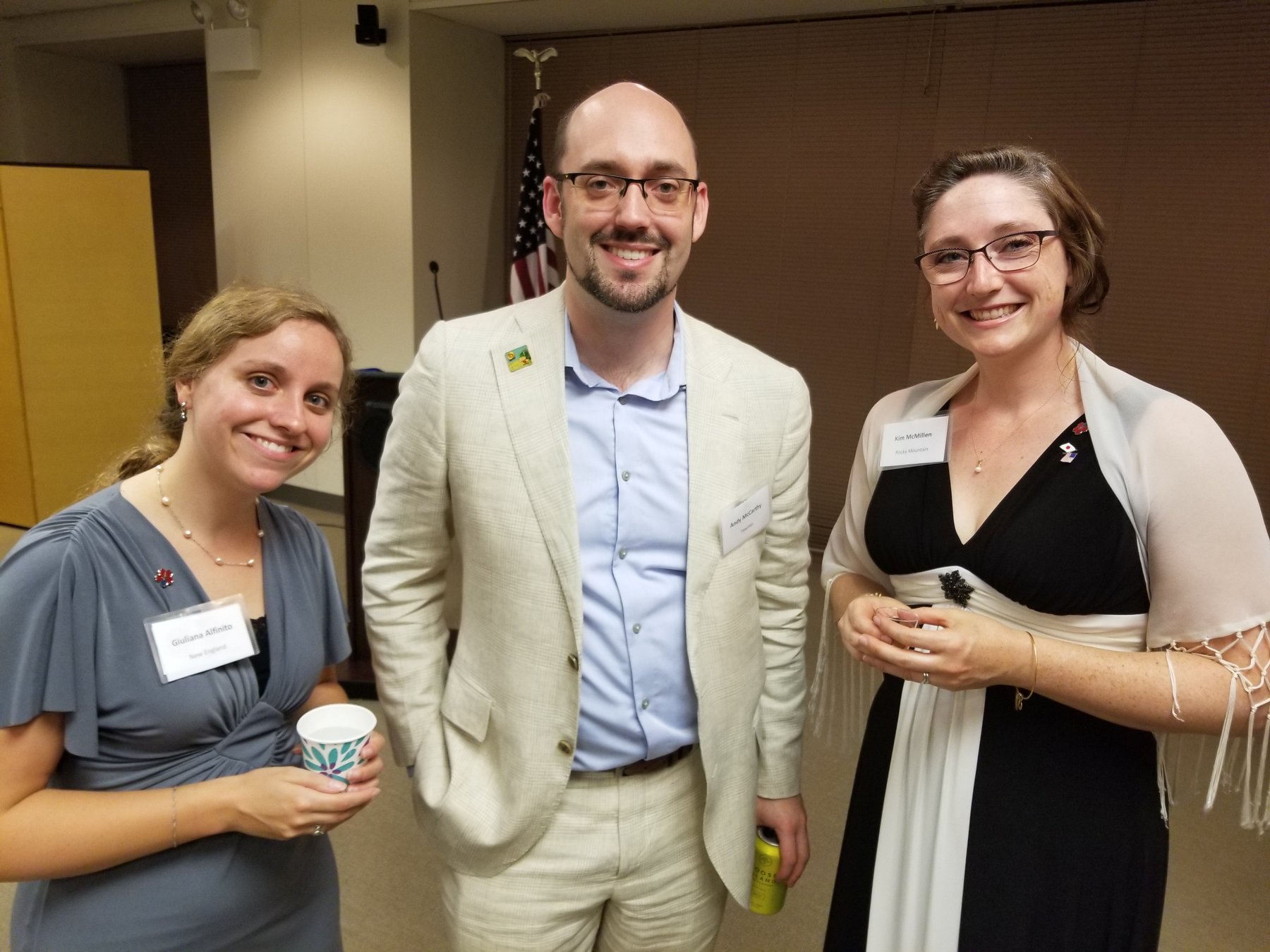 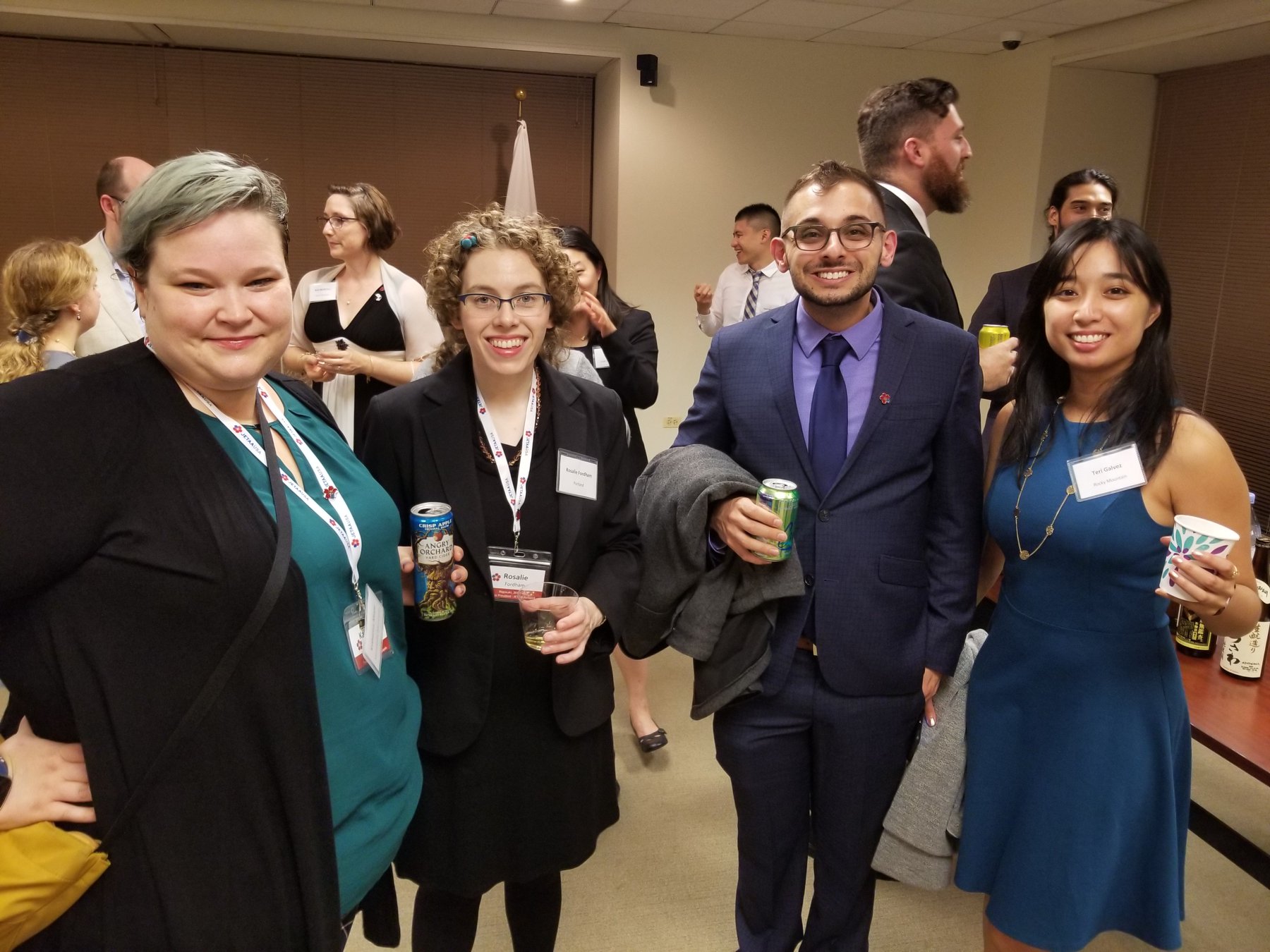 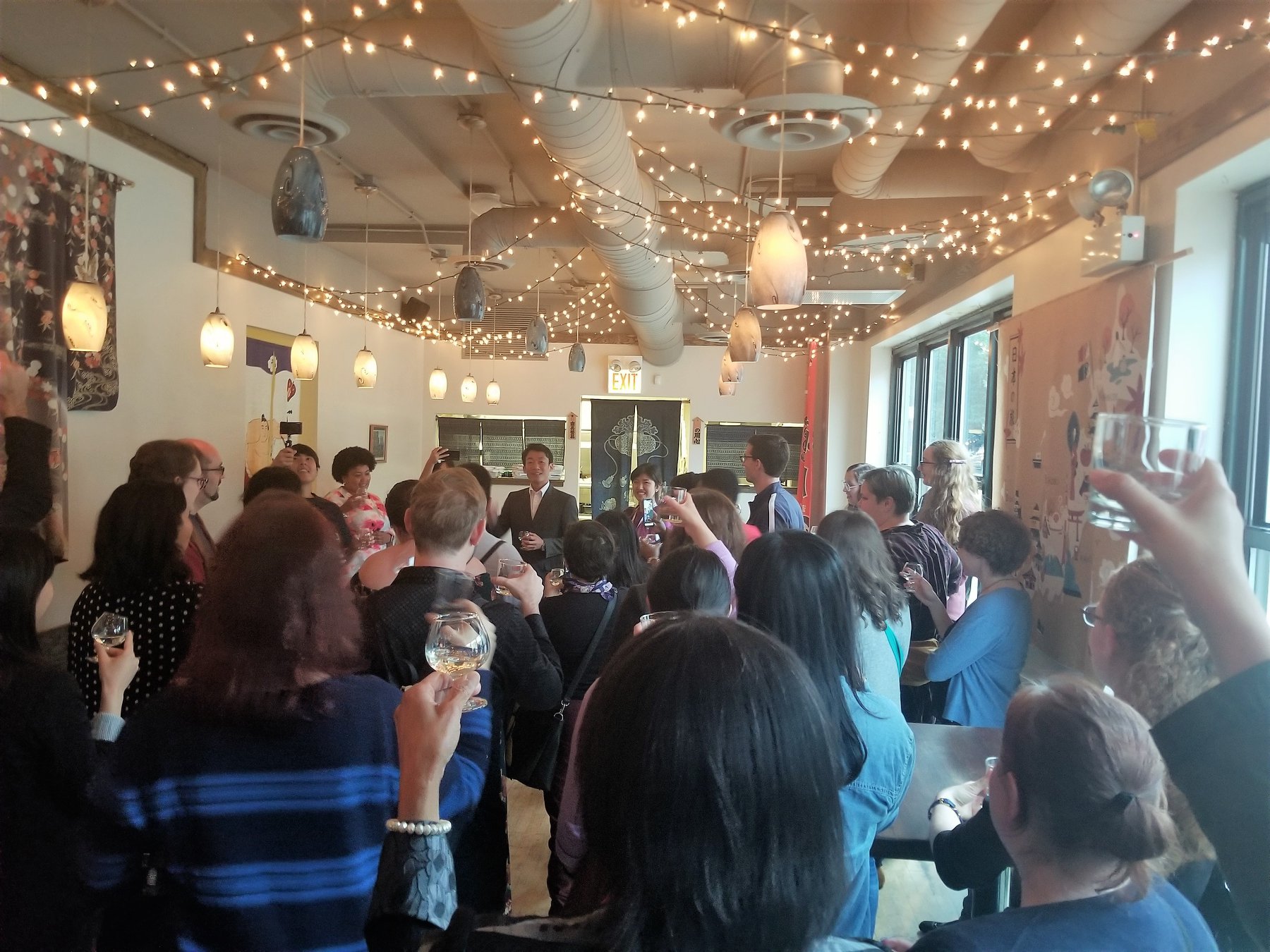 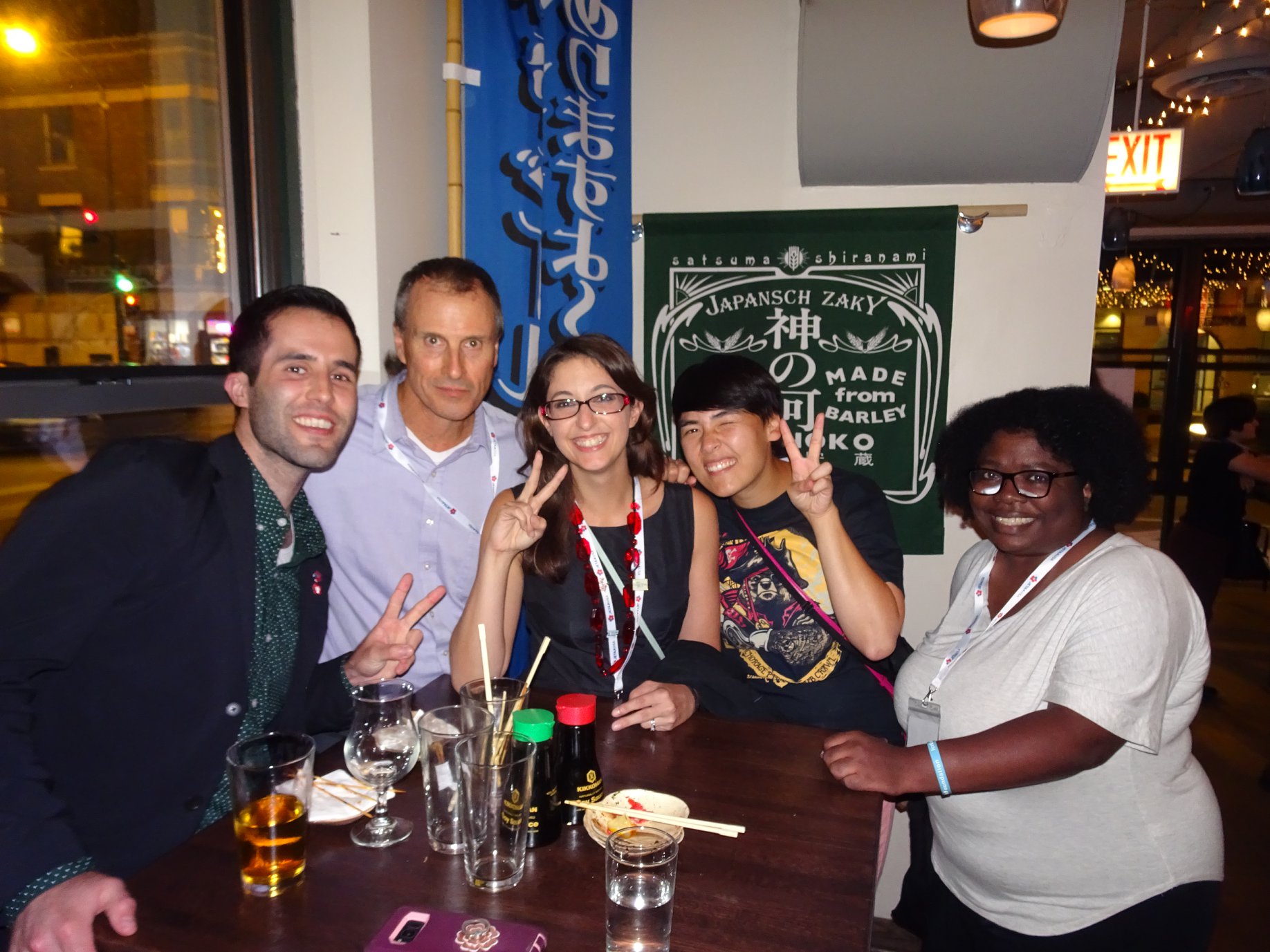 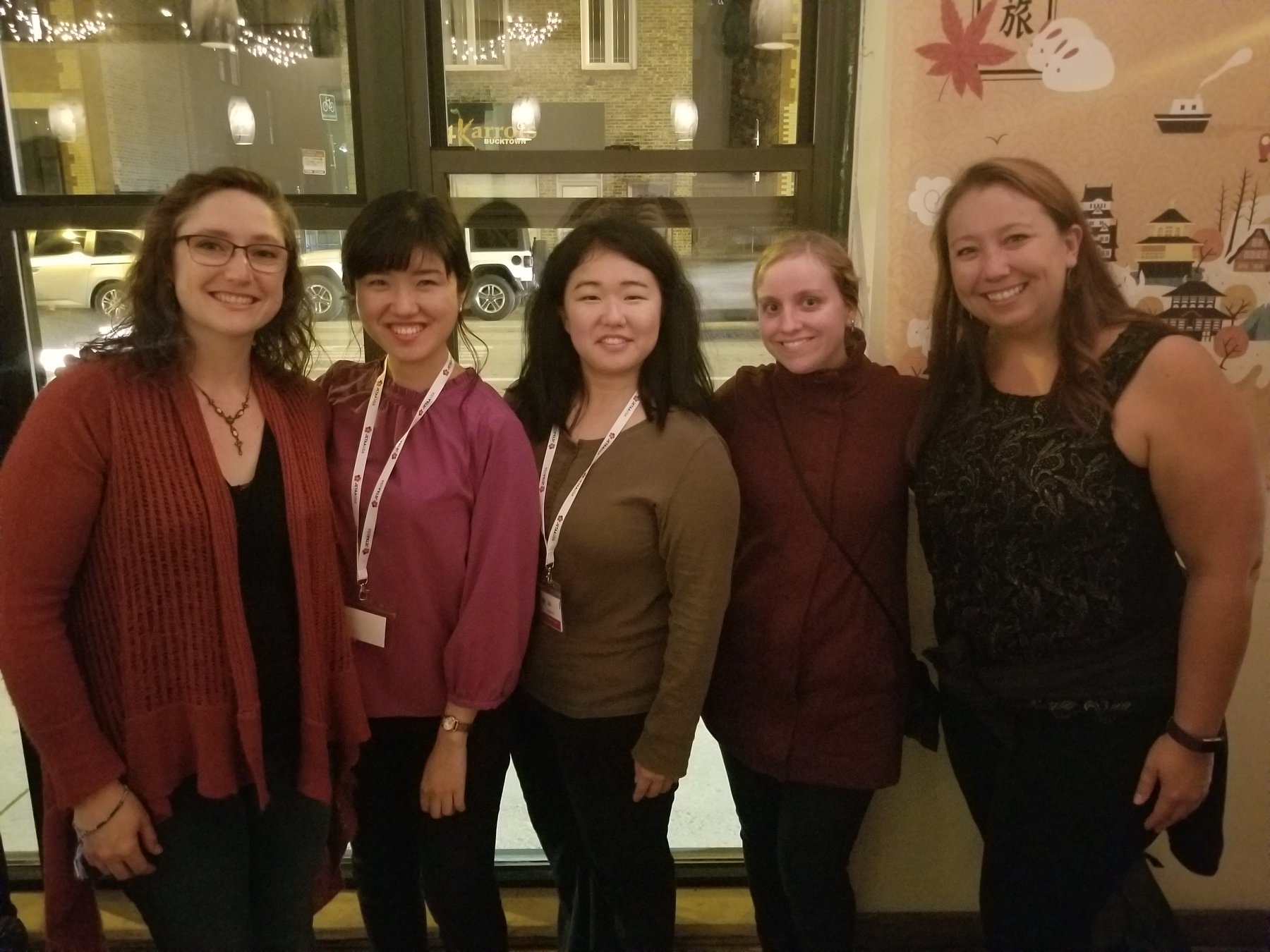 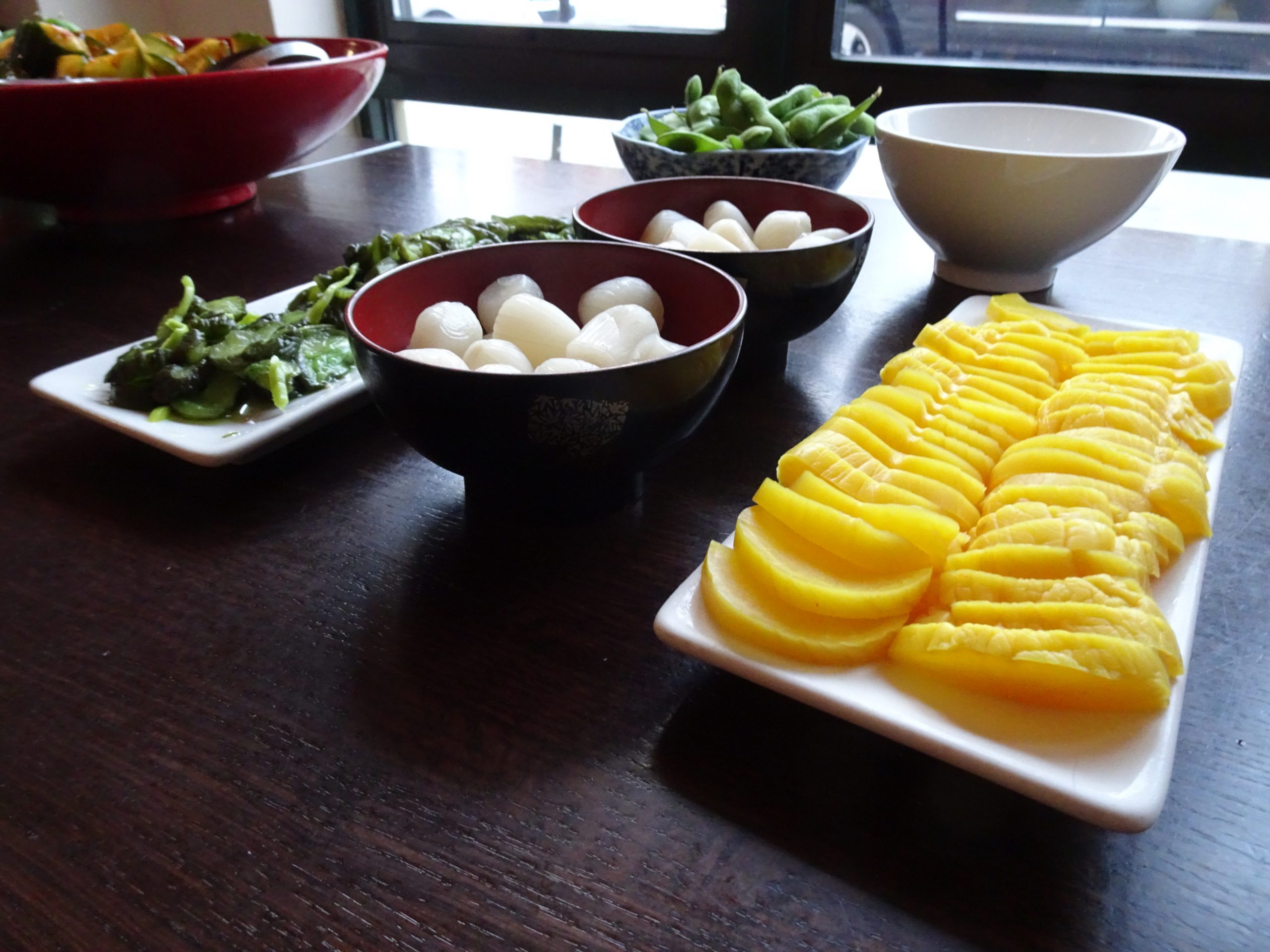 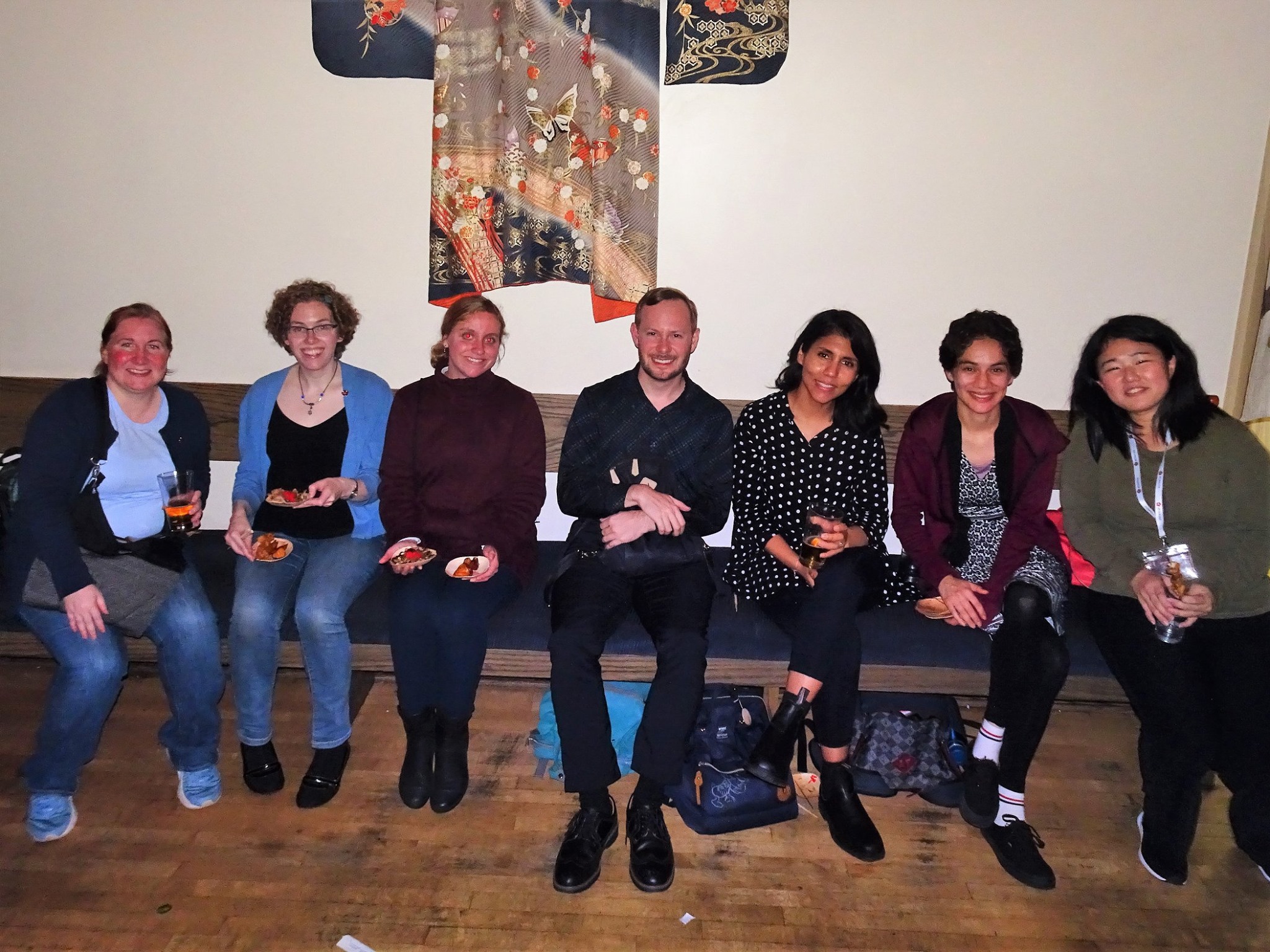 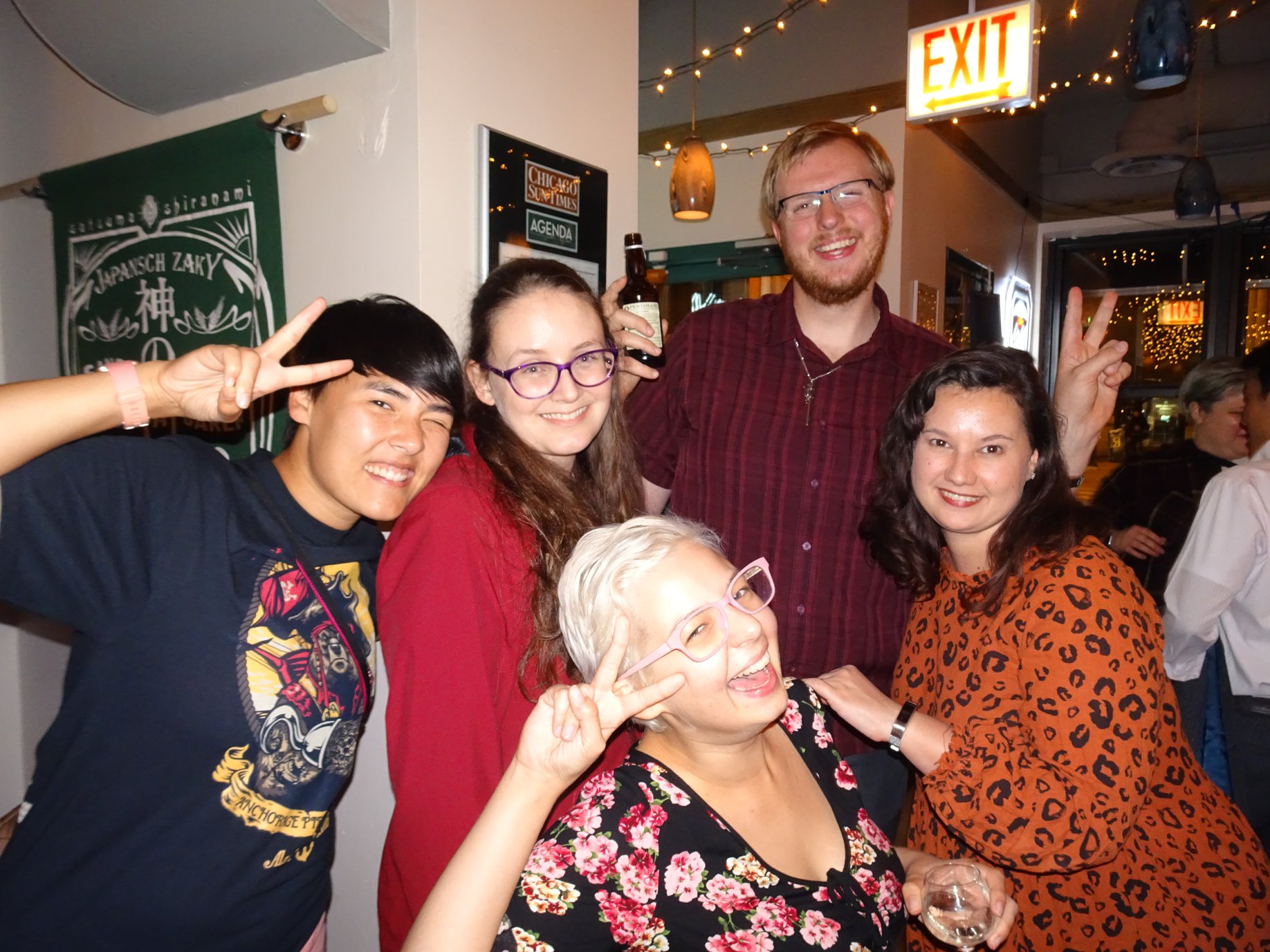 The JETAA National Conference ended on Sunday. The first presentation that day was by USJETAA’s very own Paige Cottingham-Streater, USJETAA Board Chair and Executive Director of the Japan-U.S. Friendship Commission. She spoke about the impact JET alumni make on the U.S.-Japan relationship. Paige herself is an example of JET who entered a career in U.S.-Japan relations after the JET Program.

Next, Xander Peterson from the JETAA International Board of Advisers provided an update on the current state of JETAA International. JETAAI supports and promotes activities and growth of JETAA around the world by facilitating exchange of information and building networks. Andrew Massey, Country Representative of Canada, presented on JETAA Canada and the seven chapters located there. After learning about activities from the remaining JETAA chapters and a working session by region, the conference closed with final words from the JETAA Chicago president Ella McCann. Thank you to JETAA Chicago for all your hard work putting the conference together! 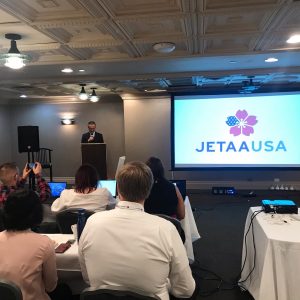 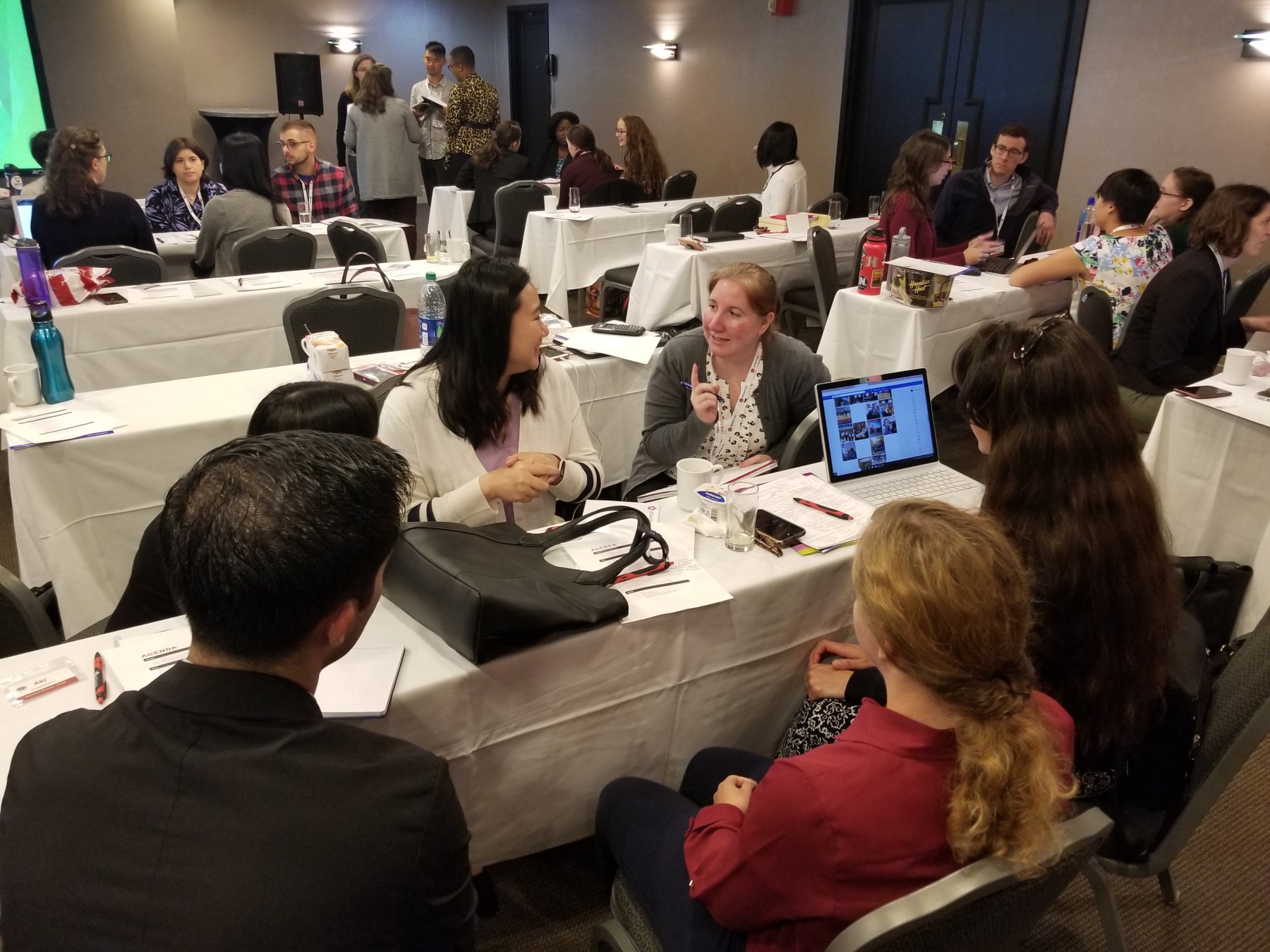 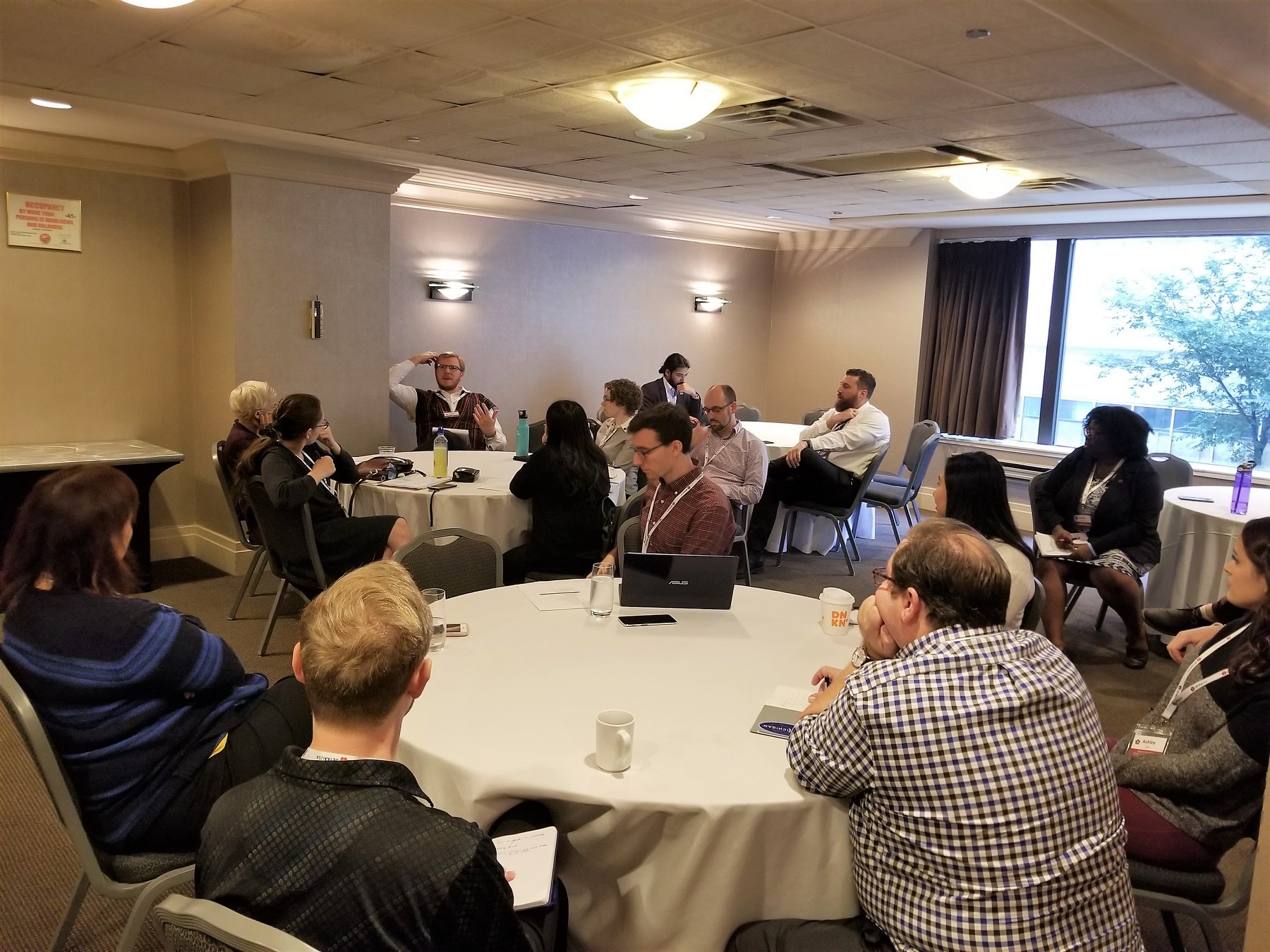 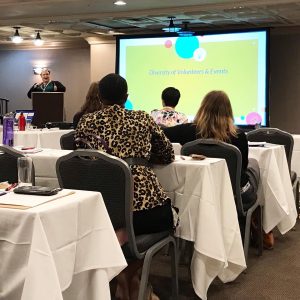 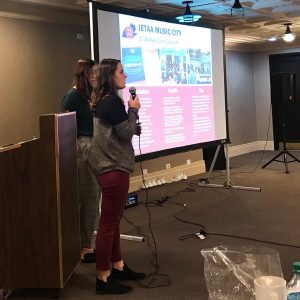 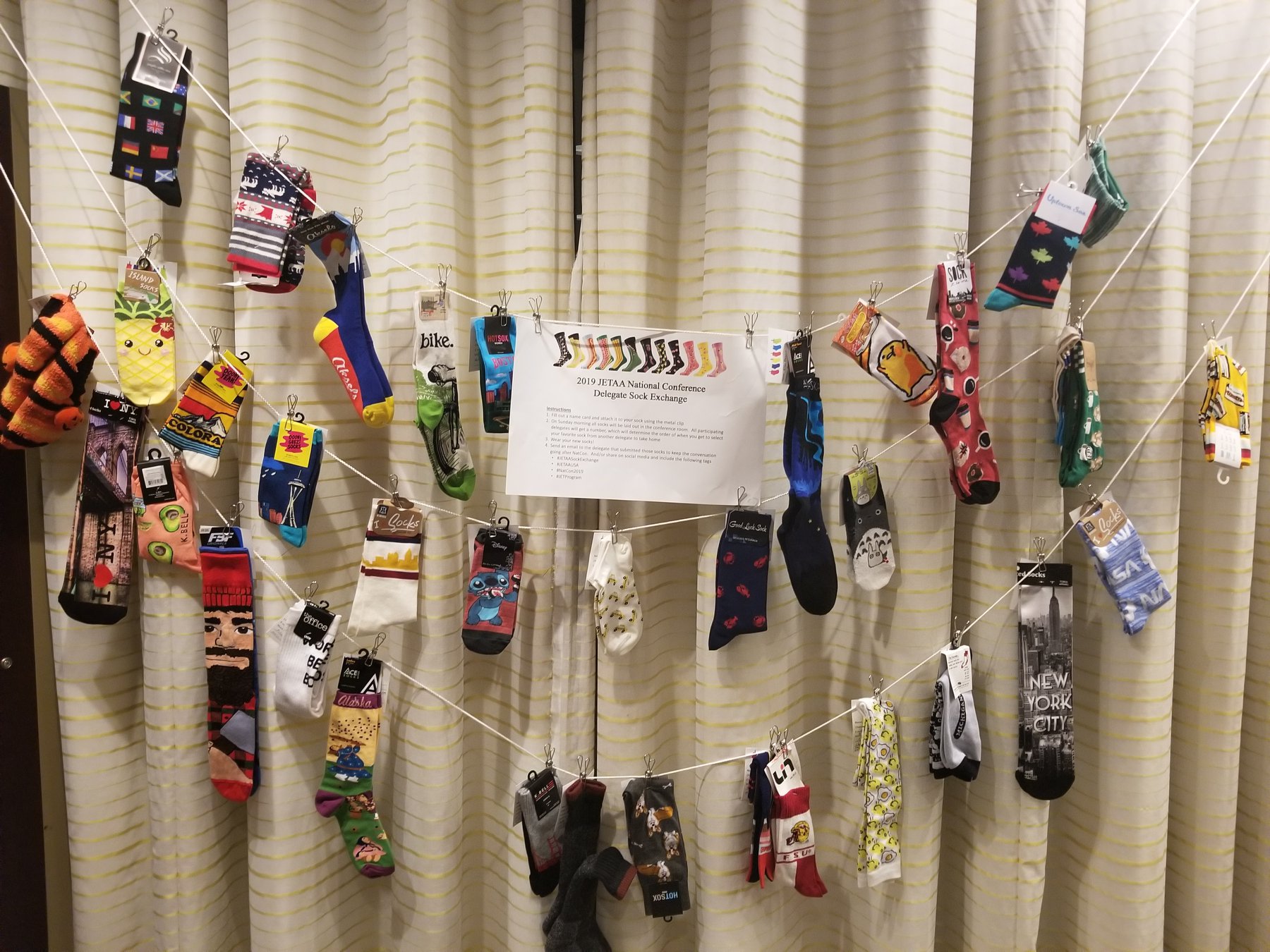 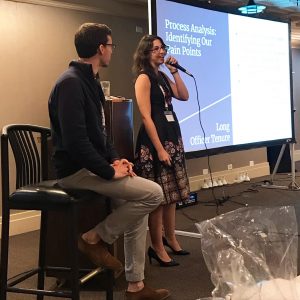 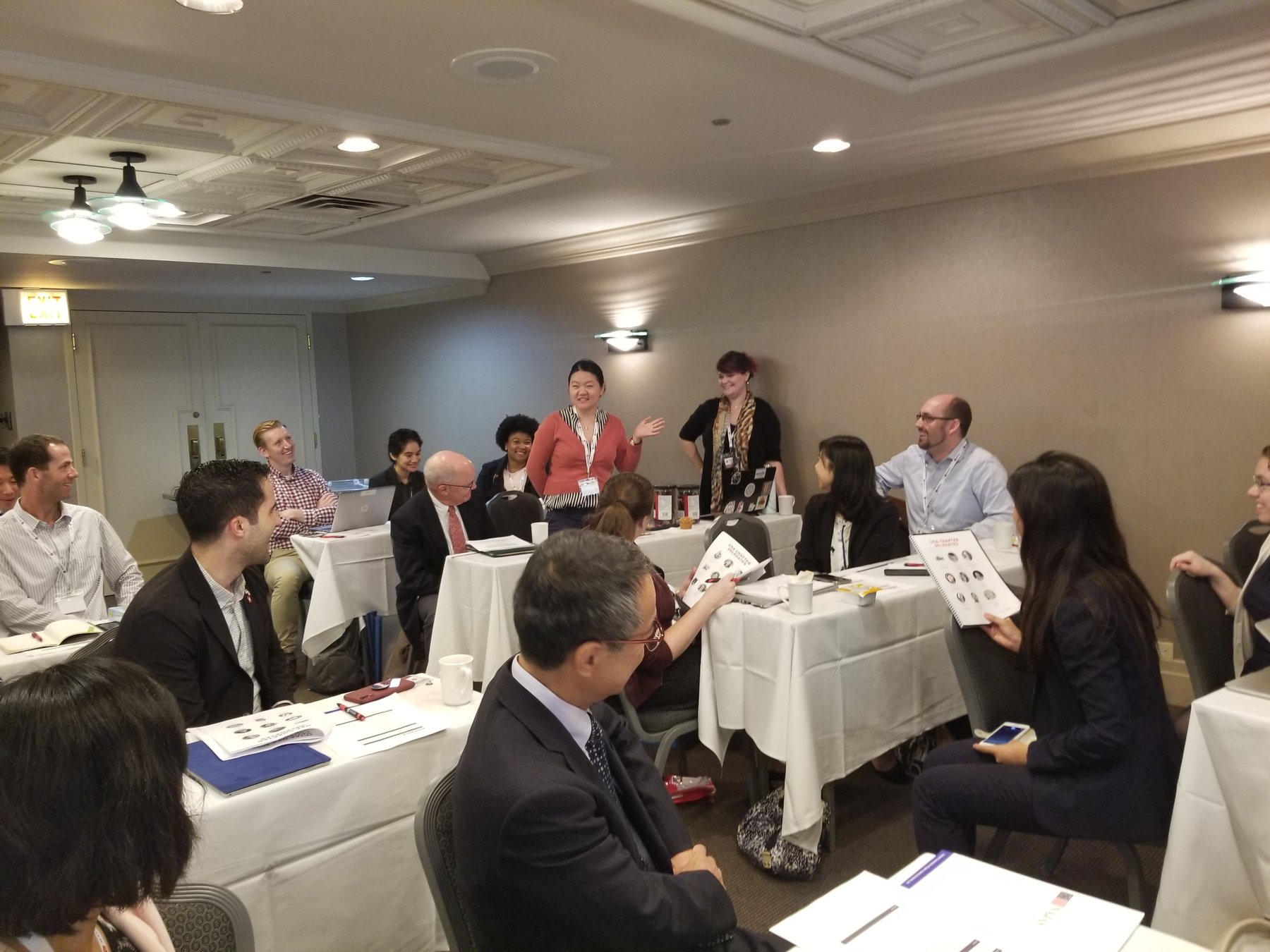 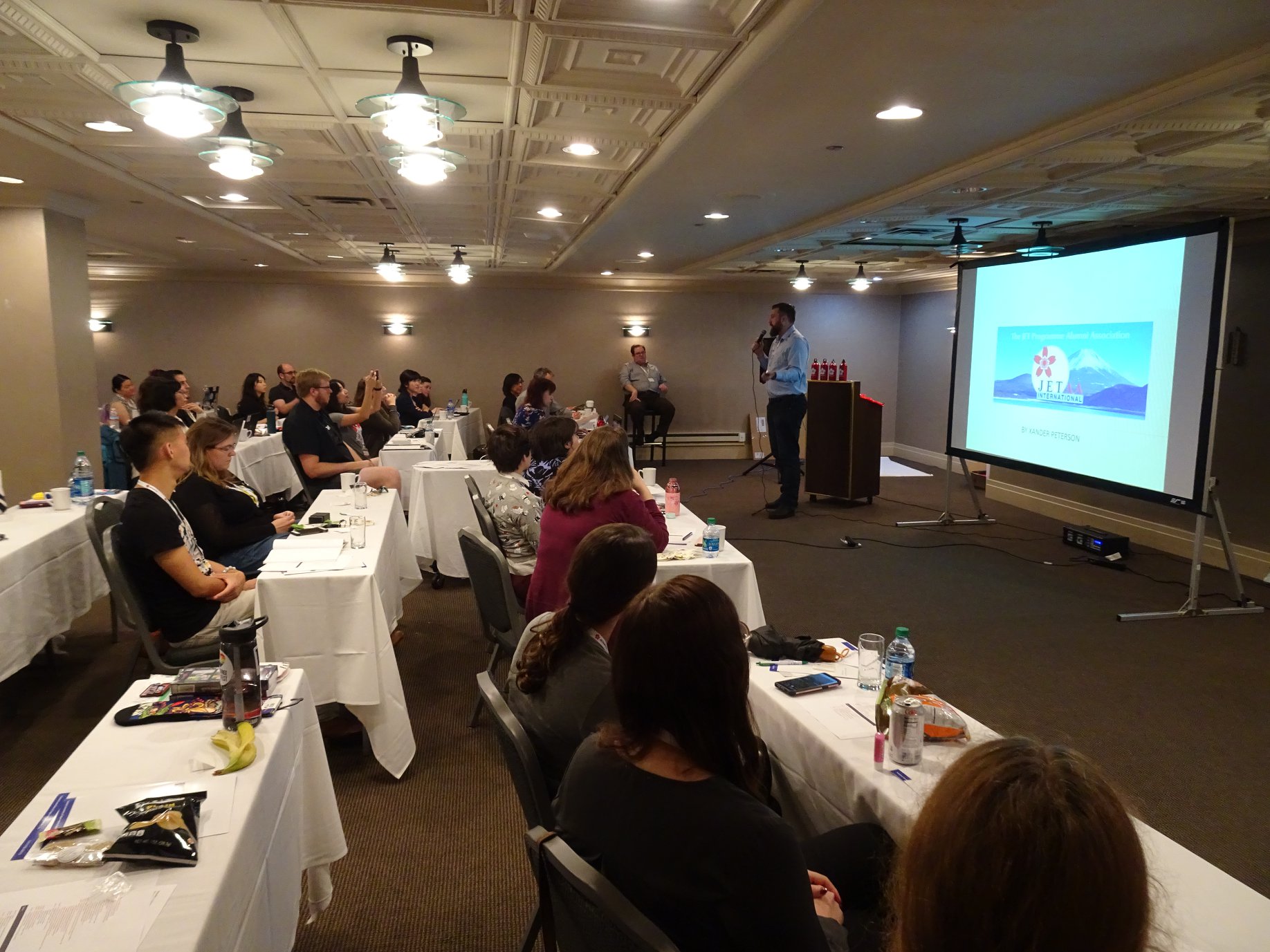