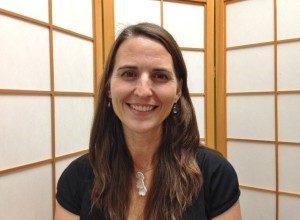 Washington, D. C. (April 2, 2018) –The Board of Directors of the United States Japan Exchange and Teaching Programme Alumni Association (USJETAA) has elected Ms. Laurel Lukaszewski to join the USJETAA board of directors. Ms. Lukaszewski led USJETAA as the organization’s founding executive director until December 2017.

In 2013, the U.S.-Japan Bridging Foundation began an initiative to build capacity of the JET Programme Alumni Associations (JETAA) funded by the Japan Foundation Center for Global Partnership. As the project director and acting executive director, Lukaszewski led the efforts to establish USJETAA as a national umbrella organization.  “Laurel did an amazing job leading USJETAA as the first executive director of the organization,” said Bahia Simons-Lane, executive director of USJETAA. “We are extremely pleased that she joins the board of directors to bring her institutional knowledge to bear and offer support to the next phase of the organization.”

In addition to her experience with USJETAA, Lukaszewski brings a long track record of exceptional service in U.S.-Japan relations. She served as the executive director of the Japan-America Society of Washington, Inc. (JASW) in Washington, DC and as program director for the Japan-America Society of the State of Washington in Seattle. Lukaszewski served on the Board of Directors of the National Association of Japan America Societies (NAJAS) and has served on the board of directors of the National Cherry Blossom Festival since 2002. In 2016, Ms. Lukaszewski was awarded the Foreign Minister’s Commendation by the Government of Japan for her longstanding work to promote the JET Programme. The award was presented in Washington, DC on October 7, 2016, in celebration of the 30th Anniversary of the JET Programme.

“As the founding executive director of USJETAA, Laurel helped define our mission to strengthen the JETAA network and connect to the next generation of leaders,” said Paige Cottingham-Streater, chair of the USJETAA board of directors and executive director of the Japan-U.S. Friendship Commission. “We are delighted Laurel will continue to share her expertise and commitment to the U.S.-Japan relationship as she serves USJETAA in another leadership capacity.”

Lukaszewski has been involved in the Japan Exchange and Teaching Programme since participating as an assistant language teacher in Kagoshima Prefecture in 1990-1992. She has also been a member of the JET Programme application review committee and interview panel for more than 15 years.

“I am delighted to join the USJETAA board of directors in supporting the organization’s mission to strengthen the JETAA network in the US and to contribute to its continued growth and development,” said Lukaszewski. “It has been a privilege to work with JET alumni across the country since the inception of USJETAA, and I am excited to remain involved with such a dynamic organization.”

Lukaszewski is a professional artist who shows her ceramic sculpture throughout the United States and abroad. She has exhibited in solo and group exhibitions, as well as in international art fairs in Miami, Palm Beach, New York, Chicago and London. Her work was recently exhibited in the U.S. Embassy in Riyadh, Saudi Arabia as part of the U.S. State Department’s Art in Embassies Program.

The mission of the United States JETAA (USJETAA) is to provide support and resources to Japan Exchange and Teaching Programme (JET) alumni chapters and individual JET alumni throughout the United States in order to strengthen the capacity of the JETAA network, enabling alumni to contribute to the greater U.S.-Japan relationship and ‘bring Japan home’ by fostering education and understanding of Japanese culture in the United States.

USJETAA is a 501(c)(3) tax-exempt nonprofit organization established to support the network of JET alumni and JETAA chapters in the U.S. and their many activities connecting the U.S. and Japan. There are 19 individual chapters across the country offering programs and events for alumni, their families and their communities.

Over 30,000 American college graduates are alumni of the JET Programme. Since its inception in 1987, JETs have lived and worked in every prefecture throughout Japan, teaching English and promoting mutual understanding and friendship between the U.S. and their host communities. When they return to their home countries, JET alumni work in fields as diverse as journalism, the arts, education, international affairs, engineering and business.