Join JETAA USA & USJETAA for a talk with one of America’s leading Japan experts, Sheila Smith on the state of US-Japan partnership.

A prominent analyst of US-Japan relations and Japanese foreign policy, Dr. Smith will talk about what needs to be done to ensure that the two countries’ relationship continues to meet growing challenges in our rapidly changing world. This event is open to the general public, and it is organized by JETAA USA (JET Alumni Association of the United States of America), with co-sponsorship from USJETAA, as the keynote session of JETAA USA’s online National Conference.

It is made possible thanks to generous support from Sasakawa USA. 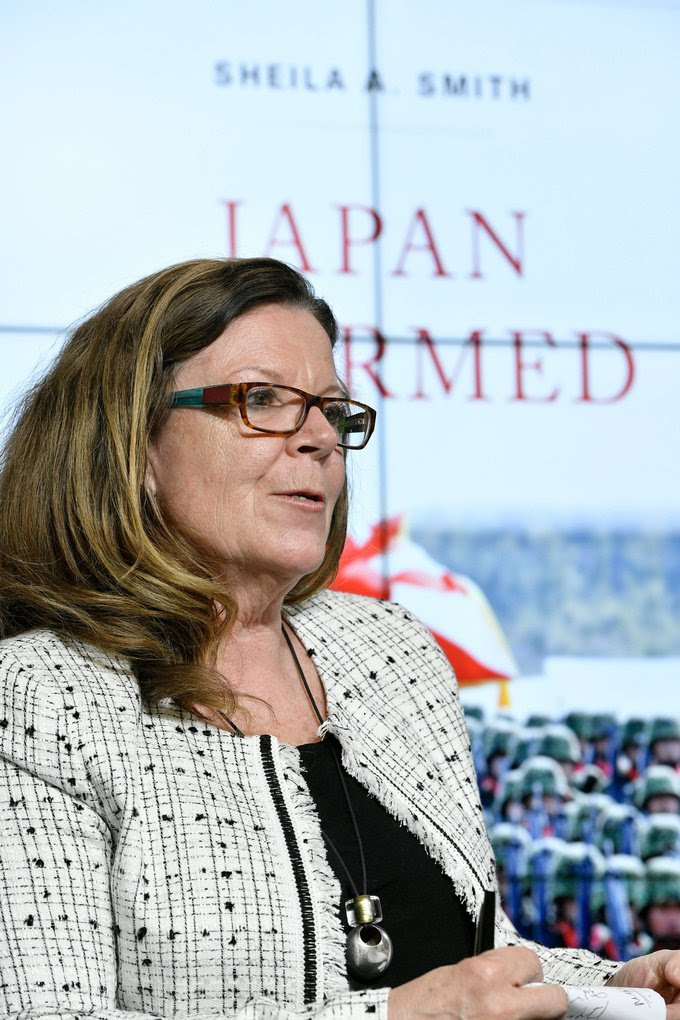 Dr. Sheila A. Smith is John E. Merow Senior Fellow for Asia-Pacific studies at the Council on Foreign Relations (CFR). An expert on Japanese politics and foreign policy, she is the author of Japan Rearmed: The Politics of Military Power, Intimate Rivals: Japanese Domestic Politics and a Rising China (released in Japanese as 日中 親愛なる宿敵: 変容する日本政治と対中政策), and Japan’s New Politics and the U.S.-Japan Alliance. She is also the author of the CFR interactive guide Constitutional Change in Japan. Smith is a regular contributor to the CFR blog Asia Unbound and a frequent contributor to major media outlets in the United States and Asia.

She joined CFR from the East-West Center in 2007, where she directed a multinational research team in a cross-national study of the domestic politics of the U.S. military presence in Japan, South Korea, and the Philippines. She was a visiting scholar at Keio University in 2007-08, where she researched Japan’s foreign policy towards China, supported by the Abe Fellowship. Smith has been a visiting researcher at two leading Japanese foreign and security policy think tanks, the Japan Institute of International Affairs and the Research Institute for Peace and Security, and at the University of Tokyo and the University of the Ryukyus.

Dr. Smith is chair of the Japan-U.S. Friendship Commission (JUSFC) and the U.S. advisors to the U.S.-Japan Conference on Cultural and Educational Interchange (CULCON), a binational advisory panel of government officials and private-sector members. She teaches as an adjunct professor at the Asian studies department of Georgetown University and serves on the board of its Journal of Asian Affairs. She also serves on the advisory committee for the U.S.-Japan Network for the Future program of the Maureen and Mike Mansfield Foundation.

Dr. Smith earned her MA and PhD from the political science department at Columbia University.