On December 14, 2018, USJETAA Board Chair Paige Cottingham-Streater visited the JET Alumni Association of Hawaii and spoke at an “The Japan-U.S. Alliance: What is Your Role?” event hosted by the Japan-America Society of Hawaii (JASH). 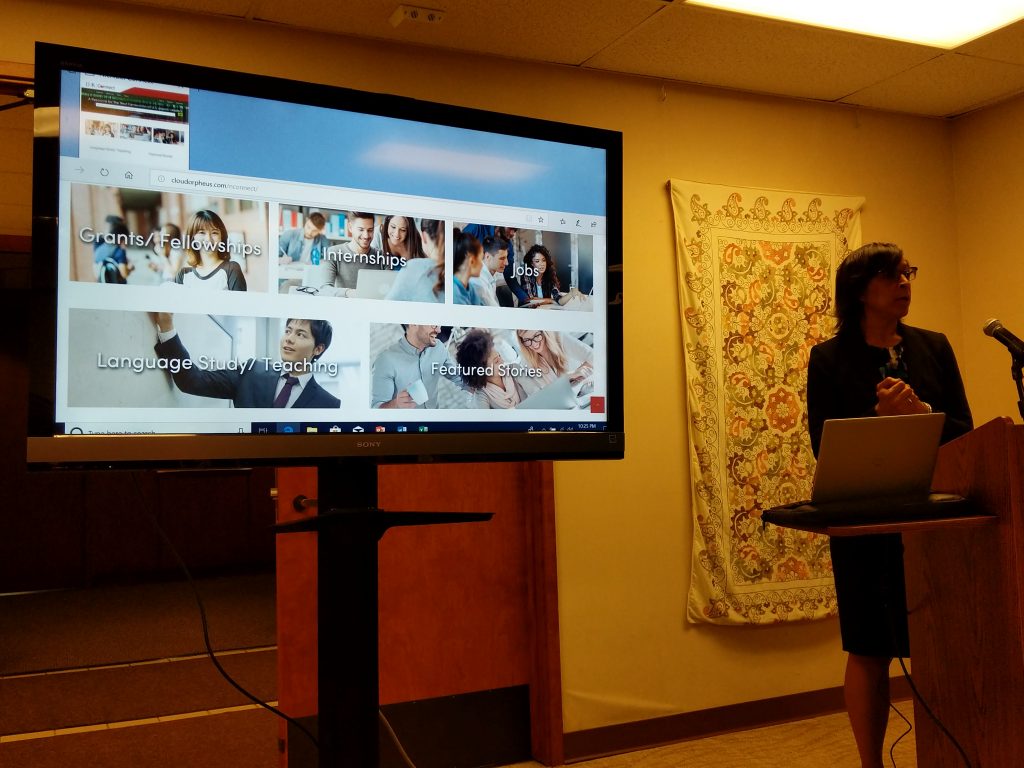 Ms. Paige Cottingham-Streater, who is the Secretary-General of the U.S. CULCON Panel, Executive Director of the Japan-U.S. Friendship Commission (JUSFC), Executive Director of the U.S.-Japan Bridging Foundation, and Board Chair of the USJETAA presented at Burns Hall in the East-West Center. In her talk, Ms. Cottingham-Streater discussed the roles taken by CULCON and JUSFC in fostering Japan-U.S. relations. She also introduced an online platform called Nichibei Connect, intended to be a one-stop resource geared towards young professionals seeking job opportunities and internships pertaining to the U.S.-Japan relationship. The event was also sponsored by JUSFC, the East-West Center, and USJETAA. 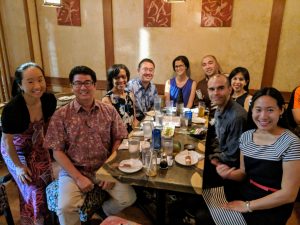 After the event, Paige joined several JET alumni for a nijikai at Naru. When several JET alumni asked if there was going to be a nijikai, JETAA Hawaii President Richard Kiyabu (Hiroshima ALT 2010-2013) said invited Paige to join them. Richard said, “She has so much experience and I couldn’t believe we were hanging out with one of the people who started JETAA!! Awesome!! I hope more of the national JETS can come through Hawaii.” If you’re a JET alumni going through Hawaii, be sure to reach out to the chapter.
The next day, several members of the JETAA Hawaii chapter leadership held a lunch meeting with Paige at ISKON Hawaii as part of the JETAA chapter leadership program, funded by CLAIR. They enjoyed talking over a lunch buffet, then headed outdoors into a gazebo where they discussed the local chapter and Paige led them in a guided worksheet activity to identify chapter needs, partners, and ideas.
Connect with JETAA Hawaii
Website: https://jetaahawaii.org/
Facebook: https://www.facebook.com/groups/50277602238/
The Leadership Program is funded by CLAIR Japan Local Government Center. 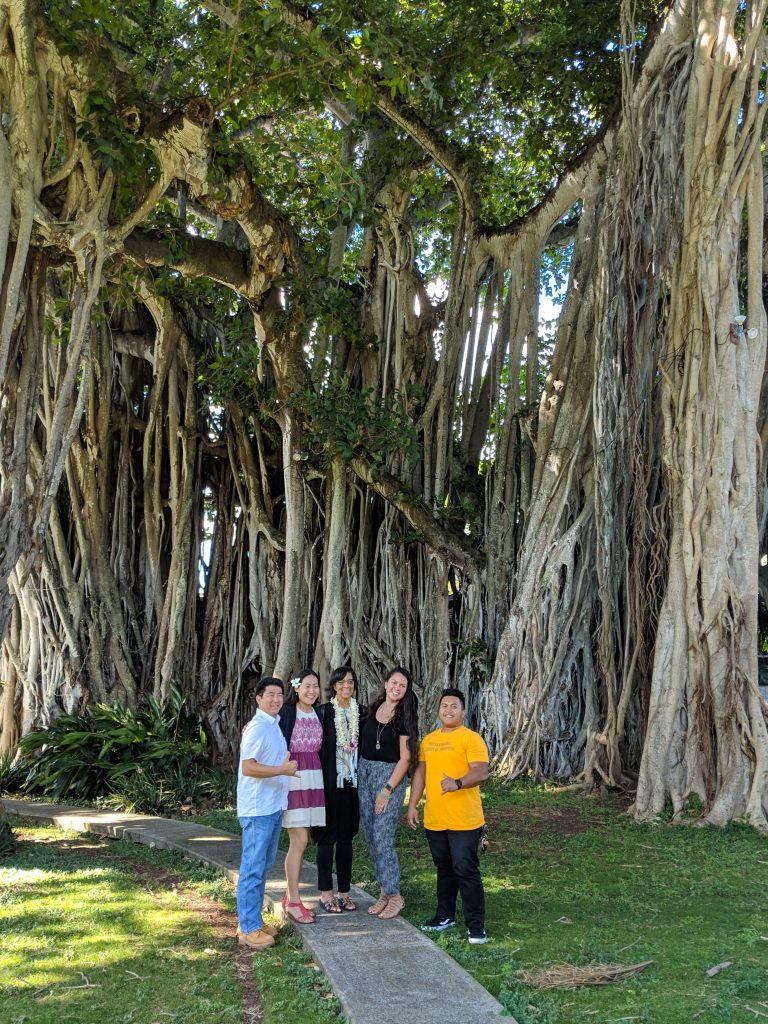