Prospects for the Future of the U.S.-Japan Science and Technology Relationship

This article demonstrates the significance of U.S.-Japan collaboration across the space, science, and technology sectors. It offers an overview of U.S.-Japan science and technology (S&T) relations over the years, showing how the relationship has grown from its formalization in 1988 to include policy coordination on issues like research and development (R&D) projects and space exploration as well as top-level cooperation on critical and emerging technologies, such as artificial intelligence and quantum information science. This article identifies opportunities to expand the U.S.-Japan S&T relationship to address strategic questions and regional issues such as China’s technological rise and shows how deep U.S.-Japan cooperation on S&T issues benefit society beyond the national security policy space, including expanded soft power and a larger innovation sector in both countries. The author draws on his experience in science and technology policymaking and his knowledge of the U.S.-Japan relationship to offer a unique perspective on this important track of the U.S.-Japan relationship.

Read: Prospects for the Future of the U.S.-Japan Science and Technology Relationship 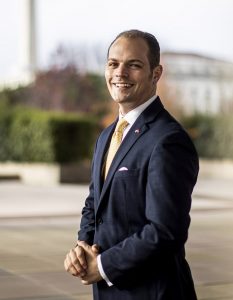 Erik M. Jacobs taught English in Japan as an Assistant Language Teacher on the Japan Exchange Teaching (JET) Program from 2013 to 2016 in the coastal city of Kobe-shi, Hyogo Prefecture. After returning from Japan, Erik received an MA in Asian Studies from Georgetown University and has been involved in the U.S.-Japan relationship in various government roles. He served as the project manager for the ministerial level 14th Joint High-Level Committee Meeting on Science and Technology Cooperation Between the U.S. and Japan at the White House and also worked on two Vice Presidential visits to Japan in 2018. Erik holds a BA in Political Science from Temple University with a concentration in Japanese and was a study abroad student at Temple University, Japan Campus in Tokyo during the March 11, 2011, Great Tohoku Earthquake.

About the JETs on Japan Forum