The year 2020 marked the sixtieth anniversary of the U.S.-Japan Security Treaty, which the United States government itself recognizes as the “cornerstone of U.S. security interests in Asia and fundamental to regional stability and prosperity” (Bureau of East Asian and Pacific Affairs, 2020). This treaty and the resulting partnerships form the bedrock of peace in the Indo-Pacific region, and yet during my time on the JET program, I have encountered multiple individuals from the United States, Japan, and elsewhere who have a fundamental misunderstanding of the nature of the U.S.-Japan security alliance. As the world changes and certain states, including the United States, become more isolationist, particularly in the COVID-19 era, it is important to clarify these misunderstandings and continue to promote the bilateral relationship that has proven critical to U.S. and Japanese security and promoted prosperity across the entire Indo-Pacific region. 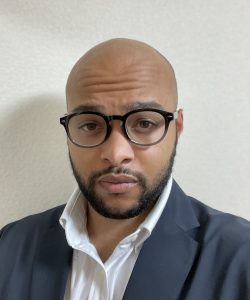 D’Mitri A. Farthing Jr. is a Los Angeles native who received his Bachelor of Arts in Science, Technology, and Development from Colby College in 2017. He is currently a Master of Science in Global Technology and Development-Applied International Development candidate at Arizona State University with an expected completion date of May 2021. His current research includes exploring the effectiveness of interventions by supranational organizations (e.g., the European Union and the United Nations) in promoting peace and economic development as well as using language acquisition programs (e.g., JET program and EPIK) as tools of soft power. He began serving as a JET in the Kochi Prefecture in August 2018 and will complete his term in July 2022.

About the JETs on Japan Forum