As an American JET in Okinawa, I had the unique opportunity of experiencing the presence of U.S. troops there through both the lenses of interactions with my local community and my military friends. Tracing the history of the post-war U.S. administration of the Ryukyu Islands, through to the development of the Japanese Self-Defense Force (JSDF), and the continued American military presence throughout Japan forged my interest in international defense affairs and led me to pursue a career as a military officer. I have long considered my service in the U.S. Army as a continuation of my experience on the JET Program. Members of the military serve as ambassadors around the world, and ensuring authentic and principled participation in exchanges like these creates opportunities for understanding that buttress peace and security.

In this paper I will explore my research into the JSDF’s Amphibious Rapid Deployment Brigade, formed under the evolving security situation in East Asia, with guidance from the U.S. Department of Defense, as an example of successful military cooperation between the U.S. and Japan. I will discuss the role of the political atmosphere in both countries, as changes in administrations in the U.S. leads to fears over the continuation of the security alliance, while Japan continues to wrestle with the role and meaning of Article Nine of its constitution. Both countries must continue to cooperate to ensure peaceful coexistence throughout East Asia, but as the role of each in that relationship is constantly recast, only clear and trusted communication will guarantee its endurance. 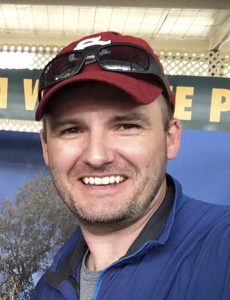 Patrick Ripton (2001-2005, Okinawa and Shiga ALT) is a U.S. Army Officer stationed at Fort Knox, KY. He is currently the Battalion Executive Officer, 1-409th Brigade Engineer Battalion, First Army. He holds Masters Degrees in Engineering Management from the Missouri University of Science and Technology, and Military Operation Studies from the US Army Command and General Staff College. After JET, he spent a year working as a research analyst for the Consulate-General of Japan in San Francisco, and then commissioned as a Second Lieutenant in 2009. He is currently completing work on a Master’s thesis on the Japanese Self Defense Force’s new Amphibious Rapid Deployment Brigade. His interests include international strategic studies, the U.S. Japan security alliance, and Okinawan society and politics.

Read The Amphibious Rapid Deployment Brigade and Evolution of the Japanese Self-Defense Force in Regional Security: