Marriage Equality Trajectories in the United States and Japan 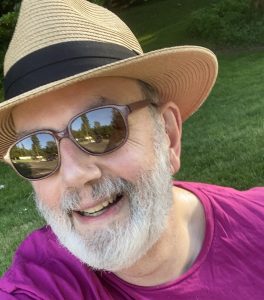 Brian is currently revising his first memoir, Crying in a Foreign Language: Pink Lady, Fictional Girlfriends, and the Deity that Answered My Plea. It has yet to be published.
Originally from New York State, he now lives in the Seattle area after years in Massachusetts, Saitama, Tōkyō, and British Columbia. He spends his days with his partner/spouse of twenty-eight years, Hiro. Brian also spent ten years living in Japan, three of which were as an Assistant Language Teacher for the Saitama Prefectural Board of Education, and three of which were as a Programme Coordinator for the Council of Local Authorities for International Relations.
Brian lives online at iambrianwatson.com and he tweets from @iambrianwatson.

Read Marriage Equality Trajectories in the United States and Japan: