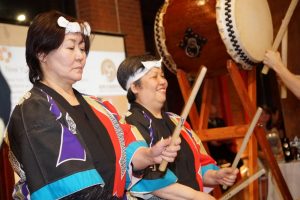 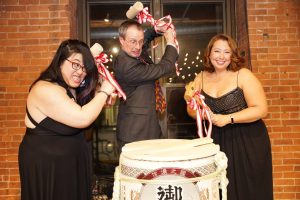 After a few speeches, JETAANY honored a number of individuals for their contributions to JETAANY, the JET Program, and the Japan-U.S. relationship. The honorees included:

Additionally, two members of USJETAA’s board of directors were recognized:

USJETAA extends a warm congratulations to all of these individuals, whom all deserved the recognition for their efforts for JET and the U.S.-Japan relationship. 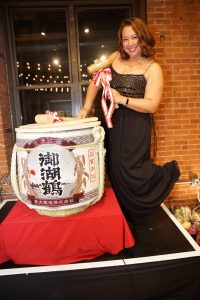 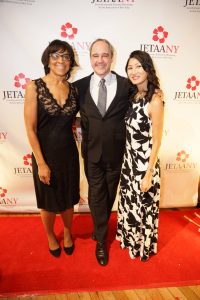 Following the recognition ceremony the winners of the raffle prizes were announced. There were a wide range of prizes, including manga sets, Hennessy, and donations from the Japan Society, Kaoru Watanabe Taiko Center, New York Yankees, New York Giants, and the Nippon Travel Agency. 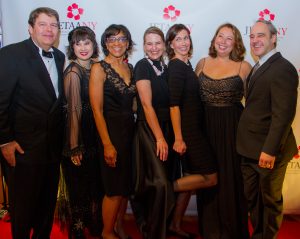 The evening ended with a slide show and videos from JET alumni and friends of JET extending messages of goodwill for the 30th anniversary of the JET Program, followed by dancing and, of course, a nijikai! 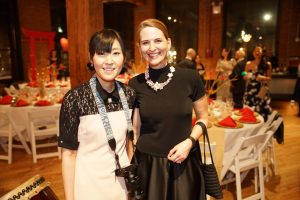 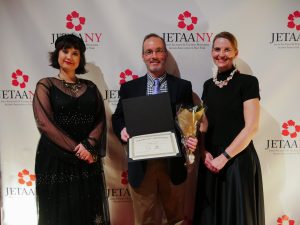