The USJETAA board has announced that Jessyca Livingston will become the new executive director of the organization in January 2023. She takes the baton from Jim Gannon, who has served as interim director for 9 months after Bahia Simon-Lane’s four years at the helm. 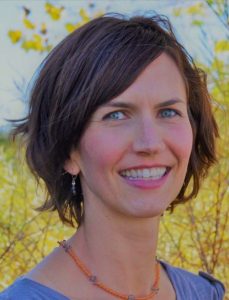 Jessyca most recently worked at the Japan-America Society of Colorado, and she has a long history of leadership in the JET community. She was an ALT in Hokkaido from 2003 to 2006 and then, after returning to the United States, worked for seven years as the JET Coordinator at the Japanese Consulate in Denver, where she currently resides. She also served as treasurer for the JETAA Rocky Mountain chapter for two years, and then as JETAA USA Country Representative for another two years, helping guide the JET community through its response to the 2011 Great East Japan Earthquake. In 2012, she led the establishment of the JETAA USA Board of Advisors, and she also served as a founding board member for USJETAA when it was launched in 2015.

USJETAA supports the nearly 40,000 American alumni of the JET Program, as well as its predecessor, the Monbusho English Fellowship Program. USJETAA Board Chair Paige Cottingham-Streater lauded the appointment, saying, “I’m delighted Jessyca will lead USJETAA in the next phase of the organization’s service to the JET alumni community. She has deep knowledge about the JET alumni network and will be a passionate advocate for USJETAA and a strong US-Japan relationship.”