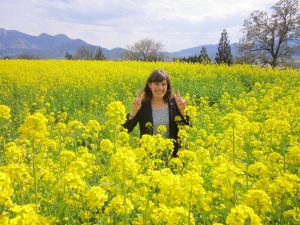 I studied Japanese in college because I was looking for a new challenge – and I got it! I was at best an average Japanese language student my first two years, so I chose to study abroad for my full junior year in the hopes of improving. I had an incredible time living with a host family in Kyoto, and knew at that point that I wanted to go back to Japan after graduation. I applied for JET and a few other language teaching positions, and was thrilled when I was offered a spot as a Coordinator of International Relations (CIR) – I wasn’t sure my Japanese skills would be good enough!

I got incredibly lucky with my placement in Nagano – it has SO much to offer. The prefecture is probably best known for skiing and snowboarding hot spots like Nozawa Onsen (15 minutes from my town) and Hakuba, as well as the Jigokudani Snow Monkey Park. (No, you can’t actually get in the hot springs with the snow monkeys!) There is amazing hiking in the warmer months, along with incredible apples, blueberries, and a host of other fruits and veggies. Living in Nagano also turned me into a forever rice snob after several years of eating koshihikari rice. 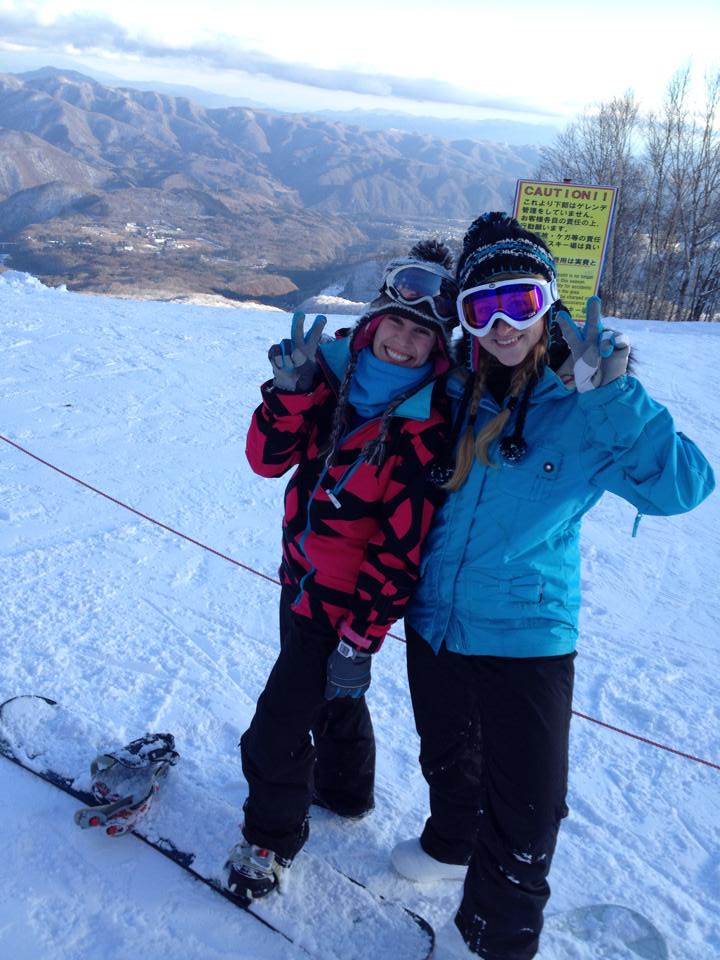 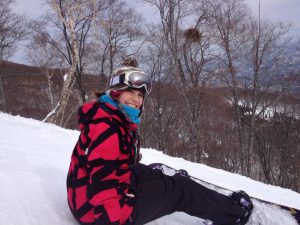 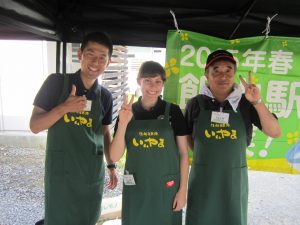 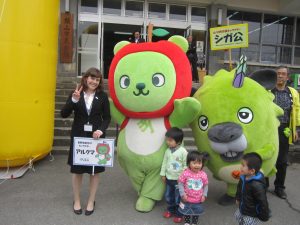 There is a Nagano-ben dialect, but it’s mostly spoken by older folks…which meant that I didn’t hear much of it at work or when hanging out with friends. That said, my favorite Nagano-ben word is “こってらねー” (kotteranee–), best used after you’ve taken the first sip of a nice, refreshing 生ビール (draft beer).

I would absolutely love to spend time living in Nagano again. My husband and I were planning a trip to Japan for our honeymoon in 2020, but unfortunately, both the wedding and the trip got postponed. (Thanks, COVID!) 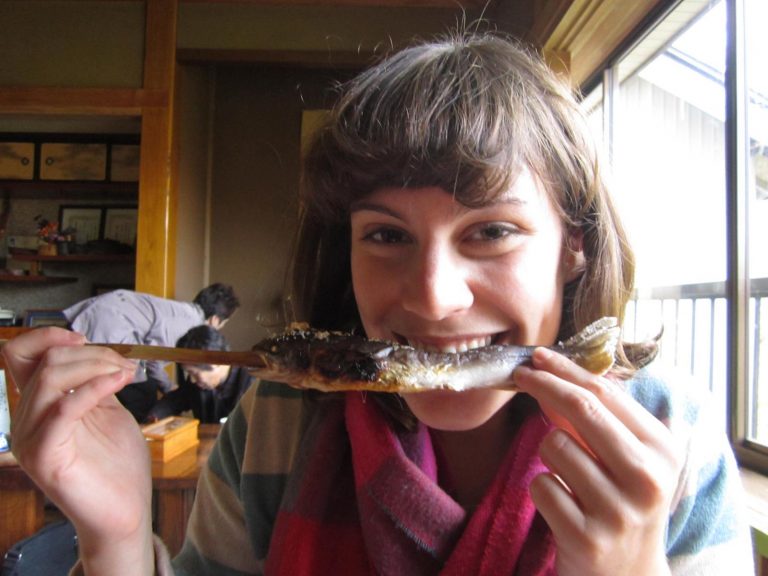 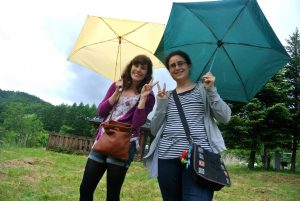 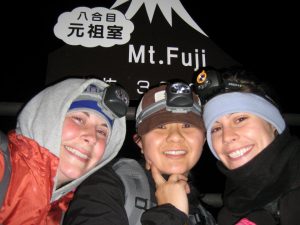 After JET, I returned to the U.S. for a grad program in international affairs at The George Washington University. During my time there I was VERY connected to all things Japanese culture/policy, and I spent the summer between my first and second years interning at the U.S. Embassy in Tokyo. In the years that have followed, I’ve drifted away from a strictly Japan-focused career, but I still like watching the occasional J-drama, scoping out the best Japanese restaurants (If you’re in the DC area, check out Zento in Alexandria), and catching up with friends from JET. And once Japan opens its borders to tourists, I can’t wait to go back!