USJETAA was pleased to take part in Florida JETAA’s celebration of 30 years of the JET Program. The event was held from 9:45 a.m. – 2:30 p.m., giving the approximately 30 attendees and panelists the opportunity to meet, network and reconnect. 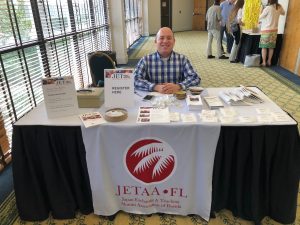 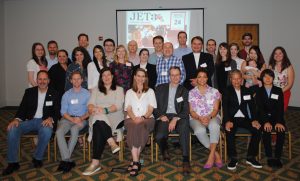 Representing USJETAA was Laurel Lukaszewski, USJETAA Board member and former Executive Director. She spoke on a panel with Matt Gillam from CLAIR NY about changes in the US-Japan relationship and the JET Program over the past 30 years. Laurel left on the JET Program from Florida in 1990 and returned to the state following JET in 1992. She discussed the early efforts made by the Japanese consulate in Miami once it was opened in 1993 to engage JET alumni and establish a Florida JETAA chapter. She noted her experience with JETAA Seattle, USJETAA, and the value of the alumni network both personally and professionally, and the importance of alumni engagement over the two-plus decades since she’s been back. 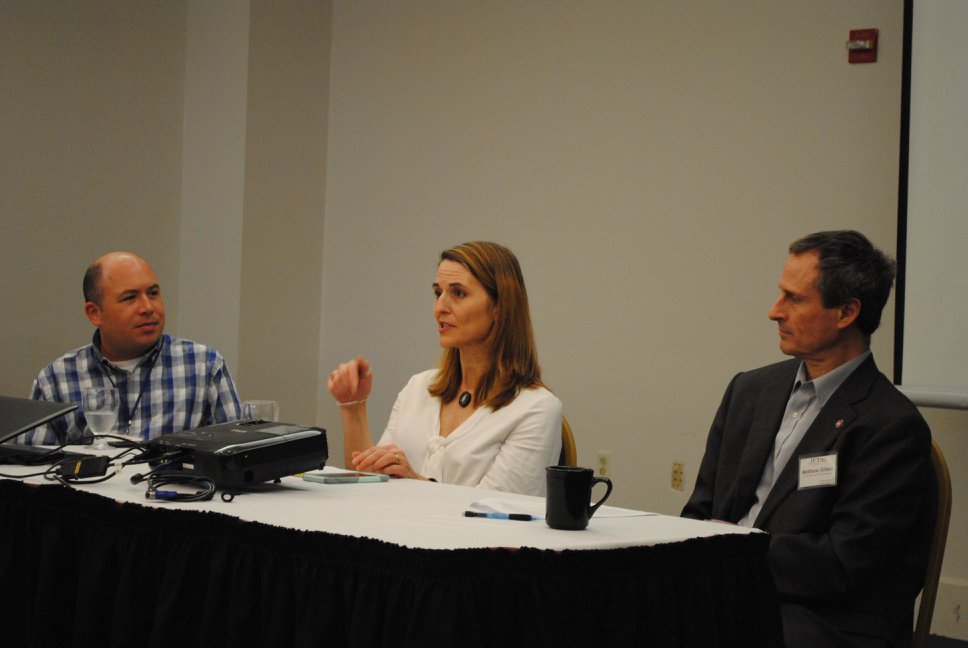 Following Laurel and Matt’s panel, an engaging panel of Florida alumni representing various professions and industries was held. Speakers included Eboni Stanton, Kyle Litow, Hilary Brown, and Michael Maloney. From an alumna who was on the first year of the program and her work as a professional translator and event planner, and an elite gymnast who returned from JET to go to med-school and is now a surgeon, to an alumni working in the tech field who participated as a MEXT fellow in grad school, and an executive director of the Diocese of St. Petersburg. All of them provided an enthusiastic message of how influential the JET Program was in leading them to their current profession. 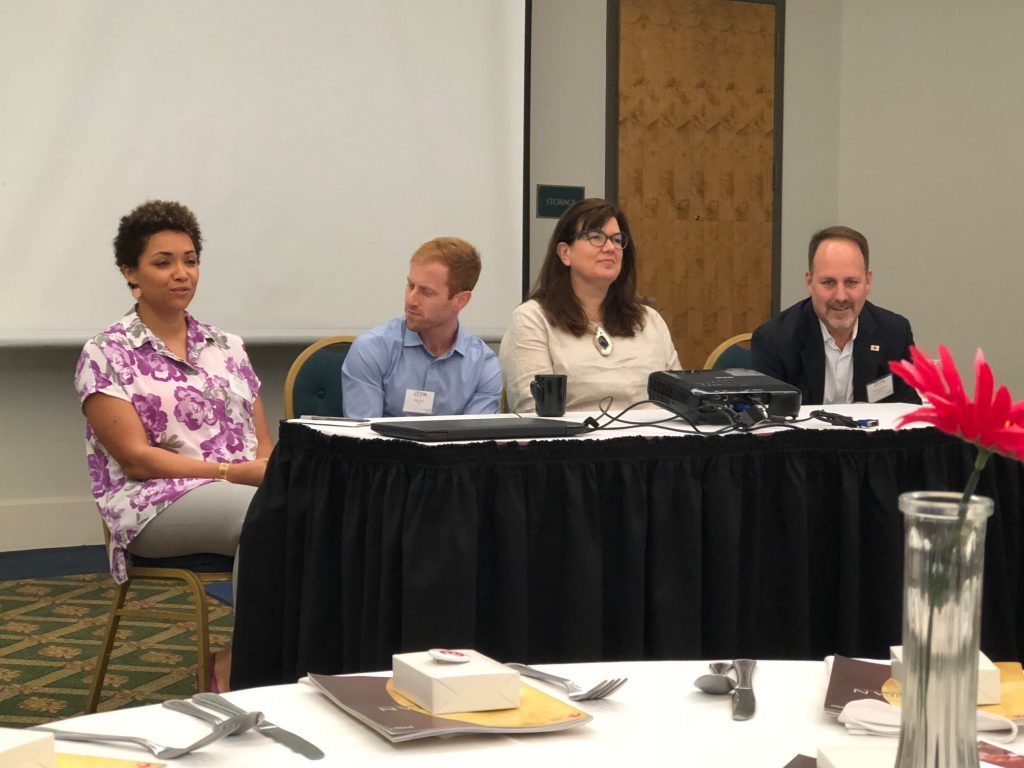 Also in attendance was the Japan Association of Orlando, as well as alumni from Tampa who established the annual Tampa Natsu Matsuri, John McGee (Read more about the Tampa Natsu Matsuri here and here). The entire event was inspiring and a wonderful way to engage alumni from all years of the program from across Florida. 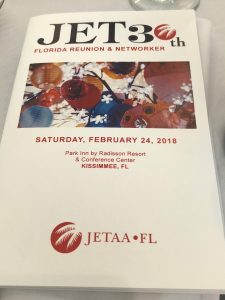 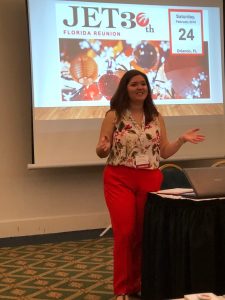 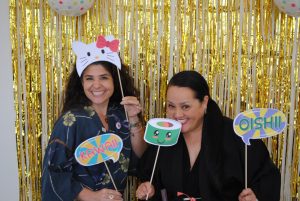 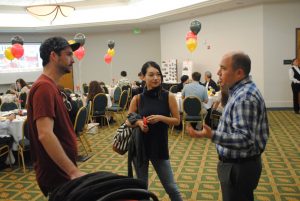 The following day, Laurel met with members of the JETAA FL board for their annual planning meeting. The meeting was hosted by Appleton Creative, the same venue which hosted USJETAA’s Mentorship visit in April 2017. This meeting showed the momentum and progress the chapter has made over the past year. The goal of the meeting was to set the upcoming year’s calendar, establish priorities and finalize the budget. The half-day meeting, attended by eight board members and regional representatives was very productive and USJETAA was pleased to provide feedback and insight as needed. By attending, USJETAA was pleased to reiterate their commitment to the progress and growth of JETAA FL. 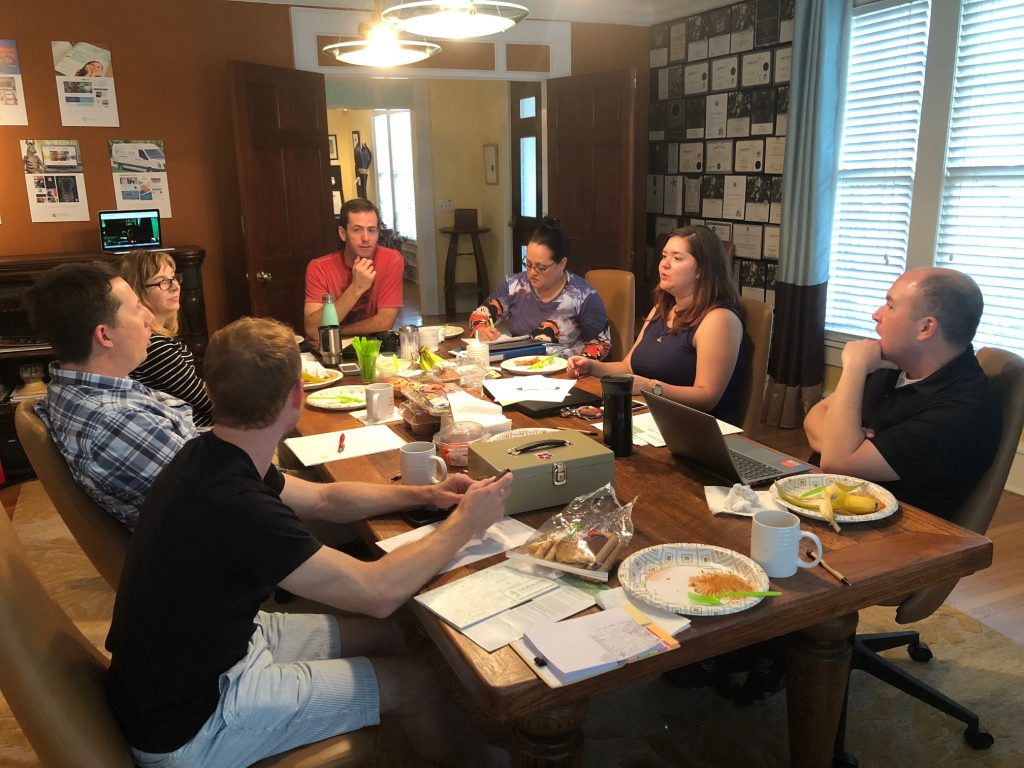 JETAAFL hard at work at their board meeting