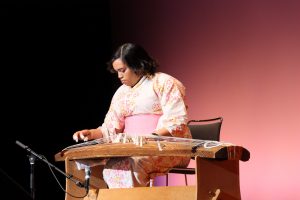 I was a Japanese Language and Literature major at Tufts University, so the JET Programme was the natural next step for me after I graduated. I had already spent a year in Japan, studying abroad at Kanazawa University, and I knew I wanted to return.

Oishii Mizu represent! The snows from the Japanese Alps provide the area with fresh, pure water, which feeds the paddies that grow delicious rice and is brewed into excellent sake. Of course Japan overall is known for sushi and sashimi, but even within Japan the fish from Toyama in particular is among the very best. Local culinary specialties include masu no sushi (pressed box sushi wrapped in bamboo leaves), hotaru ika (firefly squid), kan-buri (yellowtail), and shiro ebi (white shrimp). Notable sightseeing locations are the Tateyama Kurobe Alpine Route, the Kurobe Dam, Shomyo Falls (Japan’s tallest waterfall), Gokayama Gasshouzukuri Village (a World Heritage Site), Toyama Castle Park, and the town of Yatsuo when it hosts the annual Owara Kaze no Bon festival. 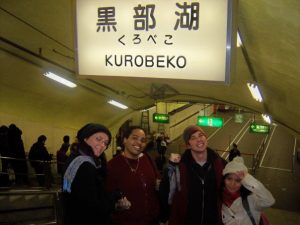 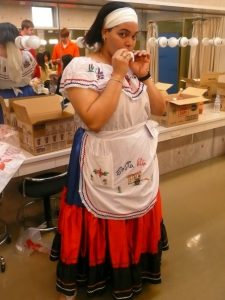 I did, which is funny because I didn’t particularly set out to learn Toyama-ben, but discovered I had absorbed some quite by accident. And to this day it pops out sometimes without my noticing! 富山行かんまいけ？

Hmm… I think if I were to return to live in Japan, I would probably want to be in Osaka or somewhere in Kansai. But I would definitely want to be able to visit Toyama. A part of my heart will always reside in the Hokuriku region. There are many similarities to New England, which makes it an easy place to live for me. 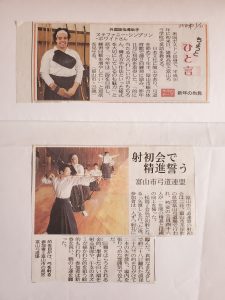 Since returning, every job I’ve held or company I’ve worked for has had at least some connection to Japan. I’ve also been active in my local JET Alumni and Japan America Society chapters. Before Covid-19, I would visit Japan once a year to attend events, and I still work as an interpreter occasionally in my free time. My connection to Japan has never strayed far, and I don’t imagine that will change anytime soon!