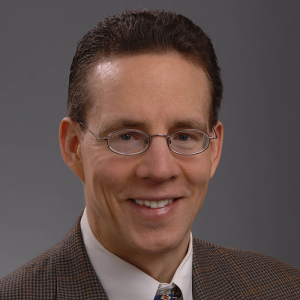 My father was interested in Japan from as far back as I can remember and, though he never actually made it there, he studied Japanese at the Middlebury Language Program for 6 or 7 weeks in the summer of 1971, when I was 4.  Upon his return, he started using rudimentary Japanese phrases with me and seems to have made a point of sharing a Japanese-art book that I still remember very vividly.  Somewhat later, when I was 7 and just back in the States from two years in Germany with my family, I started studying judo with an instructor at Indiana University in Bloomington.  My studies were interrupted a year later when my military father moved us to Fort Knox for a couple of years, but I was back in Bloomington and studying judo in 1977-78.  I resumed those studies a year later when I moved to Atlanta after a year in an upstate New York town that didn’t have a judo dojo.  Those studies fell away when we moved in 1980 to another Georgia location that didn’t have a nearby dojo, but that interest, as well as intermittent, informal  exposure to Japan via books and movies while I was in high school, led me to take up karate in college when I found out there was no campus judo club.  After a couple of years I became an instructor and started dating another instructor who told me about the JET program and invited me to apply with her, which led to my 1989 acceptance in the program.

As I recall, Chiba was particularly famous for its nashi, being the home of Narita airport, and many arts celebrities, particularly instructors in such traditional disciplines as flower arranging, doll-making, and origami.

No, though I did accidentally learn a bit more slang than was probably healthy.  I particularly remember shocking an education board member who was the state’s head of Japanese language and etiquette training and had been recruited by a colleague to come over to my city-sponsored apartment and fix my plumbing.  When he asked me how I found Japan so far (after a couple of weeks), I replied that I liked everything but the weather, which I described as “cho atsui” (“very hot”) not realizing that my use of the teen-slang intensifier “cho” would cause him to sit bolt upright and bang his head on the bottom of my sink.

Perhaps, though I’d prefer to be in the more rural south, where a couple of my friends were stationed, the landscape was beautiful, and the cost of living cheaper than on the edge of Tokyo.

I was able to return as the leader of a three-week study abroad program in the summer of 2001 and found that I had very much missed the warmth and welcome of many people I encountered in either official or informal capacities.  I would love to have visited many of the students I encountered as an AET who worked at four different middle schools, but the study abroad program was centered in Kyoto, Nara, and Osaka and left me little time for non-programmed activities.  Still, I find myself often wondering how my many Chiba acquaintances are doing, and I hope I can go back there someday, as well as visit the many other Japanese cultural sites I’ve taught during my 21 years as a Towson University professor of Asian and Western art history.