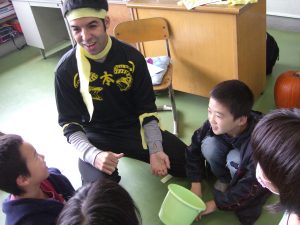 I majored in Japanese literature in college, and when I finished, I wanted an extended period of time to live in Japan to solidify my language skills and experience the culture.

Fukushima has become synonymous with the Dai-ichi nuclear reactor, unfortunately, but there’s so much more. It’s divided by mountains into three different areas – Hama-dori (the area along the coast), Naka-dori (the middle), and Aizu (western part). I was in Aizu, which has beautiful Mt. Bandai with its great hiking and skiing. Lake Inawashiro is at the foot of the mountain and is the third largest lake in Japan. Aizu is also famous for Kitakata ramen, a delicious shoyu style ramen. There’s also a rich samurai history in Aizu-Wakamatsu. 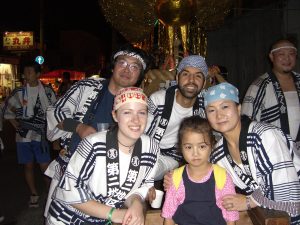 I did not pick up too much, I don’t think, but I do still remember “Sasukene!” which is the local way to say “Daijoubu – no problem!” 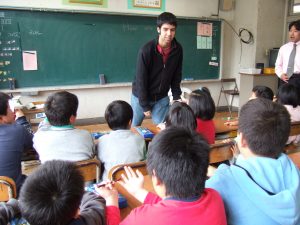 I think I would probably opt to live in Tokyo or somewhere more urban. If I was going to go back to the countryside, I’d definitely choose Kyushu. I was able to travel there a couple times while on JET and fell in love with the whole island.

I’ve managed to find Japan-related work since returning home, which has been very nice. I also try to read as much Japanese as I can. It’s a great way to stay connected to the culture. And recently I’ve been listening to NHK Radio News (https://www.nhk.or.jp/radionews/) to stay up to date on the latest news. 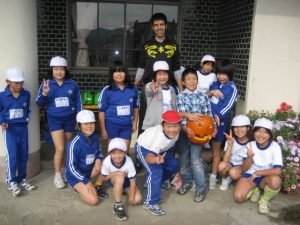