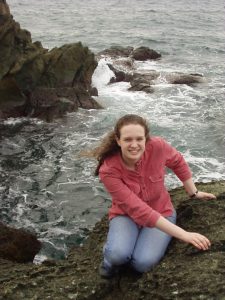 As part of our partnership with the Japan Society Boston, we will be sharing excerpts of interviews with JET alumni on our social media and blog! Our second interview is with former JET Abigail MacBain who was placed in Aomori. We will work our way down Japan and share interviews with participants from all 47 prefectures!

Where were you in Japan as a JET and when?
I was based in Ajigasawa, Aomori as a prefectural ALT from 2004-2006.

What sparked your interest in applying for the JET program?
In my third year of undergrad, I switched my academic focus from Middle Eastern Studies to Japan and decided that I wanted to eventually become a professor in East Asian religions. While I spent a month in Japan in a homestay and language study program near Kobe the summer before my senior year, I wanted more direct experience with the country and language. I had heard of JET through professors at my college, and I decided that this would be the perfect way for me to work on my language skills and gain direct experience with the country that I was now hoping to become a specialist in. Since I hadn’t had a study abroad experience outside of that one month trip, I also wanted to take some time between degrees to live abroad.

What are some of the things your prefecture is known for?
First and foremost, Aomori is famous for its apples. It’s also known for tuna, scallops, abalone, garlic, canola, and its unique herd of hardcore wild horses. My town’s thing were the “squid curtains” lining the seashore. Aomori is also famous for its snow. Wind sweeps directly across the Sea of Japan from Siberia and dumps snow throughout the prefecture, especially in the Tsugaru region where I was. There are multiple ski resorts, and Mt. Hakkoda outside Aomori City is renowned for the “snow monsters” formed from the snow ensconced trees. For scenic beauty, Aoike (“Blue Pond”) and the Shirakami Sanchi mountains on the western side, Lake Towada in the center, and the mysterious Osorezan (“Mount Fear”) in the axe-shaped Shimokita Peninsula are well worth a view. Since the prefecture caps the island of Honshū, it is a spectacular location for both sunrises and sunsets over the open water. Aomori also boasts excellent Jomon archaeological sites, including Japan’s largest at Sannai Maruyama just outside Aomori City. And, of course, the autumn leaves, cherry blossoms, and snow lanterns at Hirosaki Castle are exquisite. Aomori also claims to have Jesus’ actual tomb, just next to Lake Towada.

Did you pick up any of the regional dialects? What are some of your favorite words or phrases?
I think every JET in the Tsugaru region picked up at least a few words. I will still sometimes use me-kya for “tasty,” or heba na for “goodbye.” I was so focused on learning standard Japanese that I didn’t take much effort to learning Tsugaru-ben, though, and now I wish I had. That said, an enterprising JET a few years before me made a small dictionary, which I still keep stored with my other Japanese texts.

If you were to return to live in Japan, would you choose to live in that same prefecture?
Probably not, but that is because my research interests lie further southeast around Nara. Nonetheless, Aomori is so special to me, and I have been considering a particular research topic that would give me an excuse to take a research trip back there!

How has your connection in relation to Japan changed since living in Japan?
I didn’t really have a connection to Japan before JET, and I haven’t NOT had that connection since JET. While my goal of becoming a professor has never wavered, my experiences as a JET made me want to be part of the process from the other side. For that reason, I put my educational aspirations on hold for four years and took a job at the Consulate General of Japan in Miami, where I served as the JET Coordinator for the State of Florida. When the Great East Japan Earthquake occurred in 2011, I wast the only member of the consulate with a direct connection to Tōhoku, where the earthquakes and tsunami caused the greatest damage. I could picture some of the towns that were demolished, especially as I was working to verify the safety of the JETs and Monbukagakushō scholars who had departed through my office. While that was among the most intense and challenging experiences of my life, it also reaffirmed the emotional tie I have to that part of Japan. Since leaving the consulate to pursue my PhD, I have visited Japan several times for language training and research. I also occasionally help with JET recruiting and supporting JET applicants, and I’m happy to participate in JETAA activities when I have the time and opportunity to do so.