USJETAA presented at the CULCON 60th Anniversary Event sharing how the idea of USJETAA came out of a CULCON recommendation about supporting the role JET alumni play in U.S.-Japan relations. Congratulations to CULCON on this anniversary! 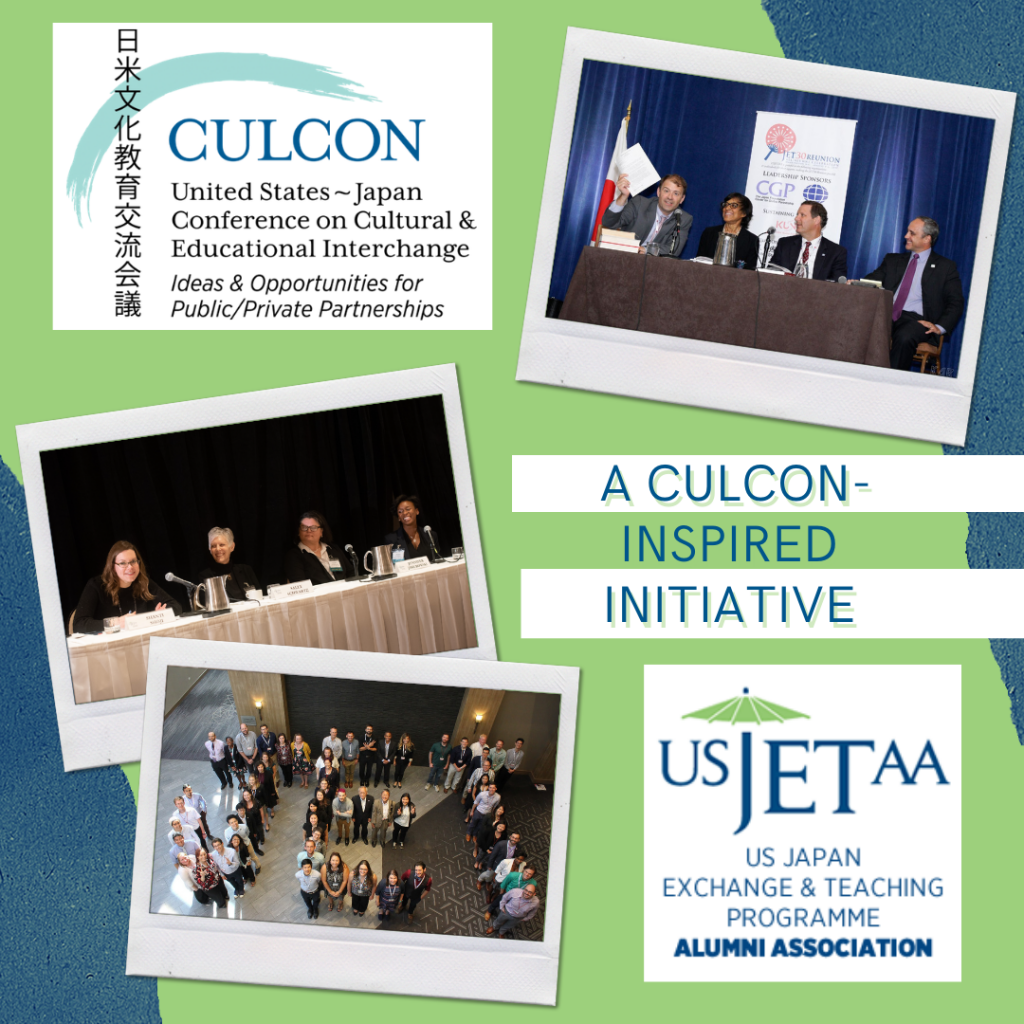 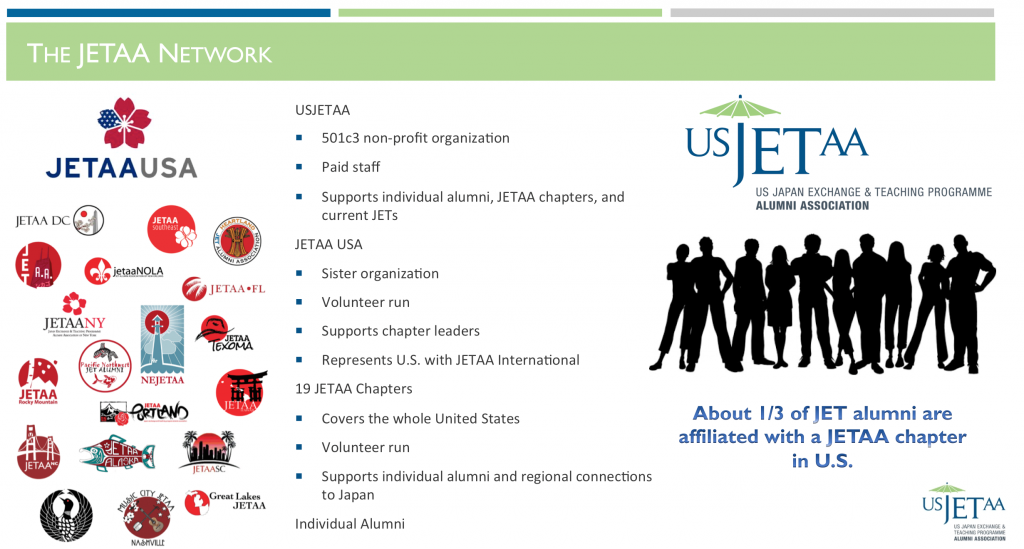 In 2011 a CULCON panel at the Washington DC JETAA National Conference for chapter leaders featured Michael Green (Shizuoka, MEF, 1983-1985), then Vice Chair of CULCON, and Secretary-General Paige Cottingham-Streater (Mie, 1988-1989). The interest in U.S.-Japan relations demonstrated at this event led CULCON to offer the JETAA chapters a grant of $5,000. Unfortunately with volunteers at capacity and no central organization to mobilize the network, they were unable to accept the funding. The same year, the 3/11 triple disaster occurred and JET alumni acted to support Japan. There wasn’t a national organization able to take donations on behalf of alumni, so JETAANY took on the responsibility and JETs raised almost $89,000 in donations. Though it worked out, the burden it placed on a volunteer run chapter was great. These three events led to the idea of the JETAA Initiative launched in 2012. Led by the US-Japan Bridging Foundation and funded by the Japan Foundation CGP it explored the needs and purposes of a national umbrella organization.

In 2012, the JETAA USA Working Group was formed to collect feedback from the JETAA community in the United States through surveys of JETAA chapter leaders, discussions at the annual National Conferences, focus groups, site visits, and fact finding. Analysis of this information led to the decision that an umbrella organization with employees and funding could vitally support the JETAA volunteer network, boosting their capacity and taking on programs beneficial to JETs and the U.S.-Japan relationship, as well as providing institutional memory and resources. USJETAA was incorporated in 2015 with founding of Executive Director and JET alumna Laurel Lukaszewski (Kagoshima, 1990-1992). 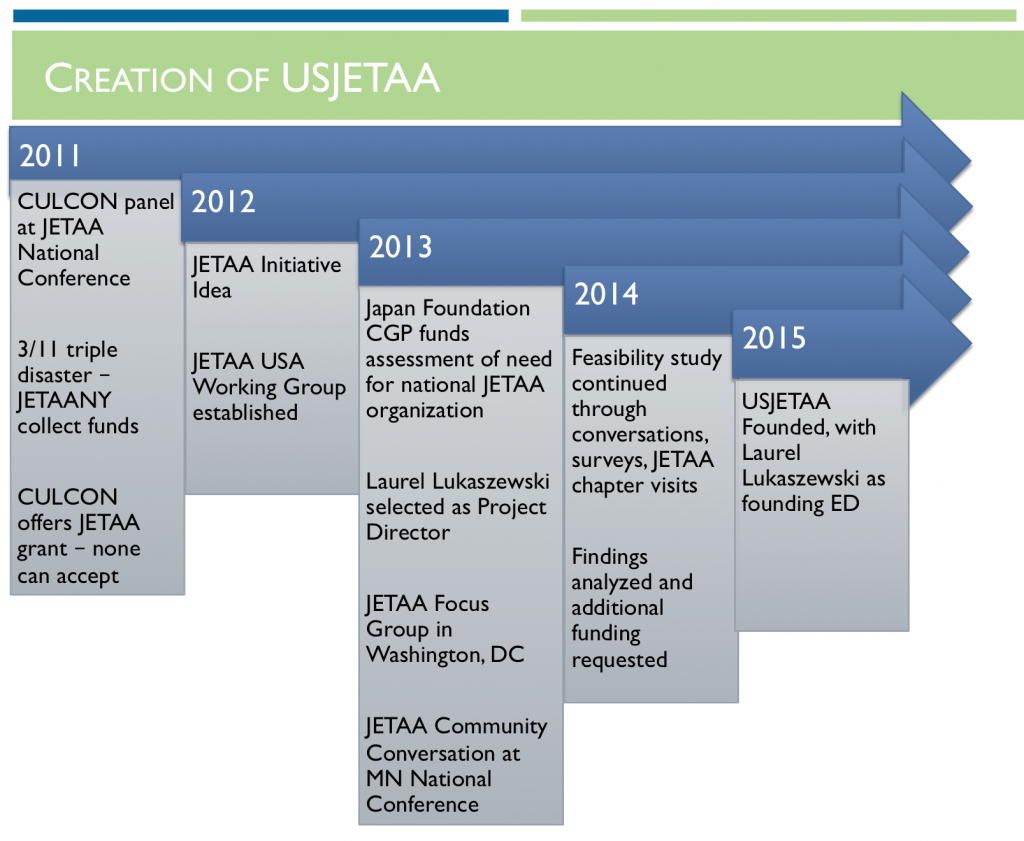